makes it look easy to be A-list. "I'm an Earth mama," the star has said. "I've always lived life like a gypsy." A gypsy with a perfectly imperfect coif, that is. "Kate calls this her bohemian goddess look," stylist David Babaii has said of the star's signature waves. "I'll take one look when I'm done and say, 'OK, that's too perfect. Let's mess it up a little-frizz it out a bit.'" For those of us who'd like to hop on Hudson's hair caravan, the star and the stylist have teamed up on a natural hair-care line, David Babaii for Wild Aid. Earth mama, indeed!

The pretty teen didn't suffer fools gladly. "When I was younger it was difficult to be around people who treated me like a child," Hudson has said.

Hudson starred in the forgettable Desert Blue and Ricochet River, but kick-started her own career.

"Her air is less bohemian and more sophisticated and sexy, which is a natural progression as a girl becomes a woman," stylist Britt Bardo has said of the Four Feathers star.

"Her mentality is free and loose," hairstylist David Babaii has said. "She'll say, 'Make it look fun.' And she won't flip out if she has roots." 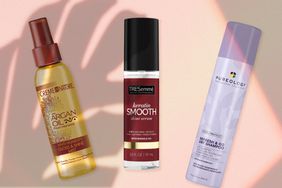