We Owe the Peloton Husband an Apology

This time last year, a Peloton bike commercial broke the internet. Now I know how that sounds (dumb, it sounds dumb), but it did. If you don't remember, let me remind you, and then let me convince you why we were wrong to slander the Peloton husband.

Act 1: It's snowing. It's Christmas. A mother walks into a living room covering her eyes, led by her racially ambiguous daughter.

The house has floor to ceiling windows and if I've learned a thing or two from three seasons of Selling Sunset, that's a healthy indicator that this family has some money.

Act 2: She opens her eyes to find her Christmas surprise is a Peloton bike, a stationary, indoor cycling bike made of carbon steel and aluminum. She is elated. She starts to record her journey on her phone. She's nervous. She's excited. "Let's do this," she says.

Act 3: Cut to some time later, the family COLLECTIVELY watches the wife's Peloton progress via compilation videos projected onto their flatscreen. I don't know why the child is present. I don't know why the husband is either. But they all seem happy to be there and I will not go to bat for that creative call.

If your memory wasn't jogged by my flowery description, you can also just watch it here.

The commercial rightfully warranted the internet's indignant response. Many found the commercial to be sexist, implying the husband purchased the gift to say his already skinny wife needs to workout. Some explained what they would do with such a gift. Some wrote jingles. Some went dark. Ryan Reynolds's Aviation Gin even went as far to make a commercial in response to it, booking the same forlorn protagonist. Genius marketing move, I must say. The actress then went on the Today Show alongside Reynolds to unpack her performance.

Consequently, Peloton's stock plummeted. But according to Forbes, they have soared 350% this year, so they're fine. I'm not here to defend the directorial prowess. The commercial was inarguably tone-deaf, but all I am asking for is redemption for the Peloton husband, and therapy for the entire family.

In hindsight, the Peloton husband deserves some credit. If my partner got me a Peloton I would cry too! Those bikes are expensive. My love language? Hannah Corbin's 20-minute 2000s ride, Alex Toussaint and Tunde Oyeneyin's banter during the Beyoncé ride, Ally Love's hydration station, oh and yeah, a nearly $3000 workout bike.

Peloton came into my life by circumstance. There is no world where I would pay more than two months' (read: three) rent on a bike. I had barely gone on anything more than a walk all year. But I recently moved home to my mother's house, and there it was, basking in the sunlight that came through my living room window. Tall, dark, and gorgeous. Initially, I mocked my mother for owning such a thing, but she has an empty nest and lives in Los Angeles, so the shoe fits. Prior to Peloton, I had only been to one cycling class before this. It was at SoulCycle and it was terrible and not just because the owner's affiliation with Trump, but because I don't like participating in things publicly that I am not good at (yes, I am a rising Virgo!). The privacy of learning on Peloton was already a win for me.

Trust and believe me when I say any Eat, Pray, Love propaganda is no friend of mine. But somehow, someway, I have found myself deeply obsessed with my mother's expensive little bike. Normally I would laugh at phrases like, "let's celebrate ourselves in sweat," but now I yell back, "yas queen" … And I mean it. Christ.

Do I sound like a class traitor? Yes. Am I one? Maybe. Sure, it just feels rich sitting on that seat that cuts into my butt (tip: you should be able to grab a hand of butt cheek off the back of your bike to make sure you're sitting in the right place! God I'm so obnoxious). But Peloton is genuinely fun. The music selection is top tier. The instructors are sickeningly positive yet somehow so sincere and realistic. Thank you for always offering me my own pace.

I dance with the upper half of my body when I'm told (it's a great distraction from the agony of having my resistance up to 60). I high-five everyone riding, mostly out of spite for being ahead of me on the leaderboard. It's gross, I know. I'm not the Peloton target audience (I'm a Brooklyn gay with crippling student loan debt). And yet, I not so secretly stan Peloton. The way I see it, the Peloton husband isn't necessarily the bad guy the commercial might make him out to be, and this Christmas gift is actually a good one. Fitness isn't about being skinny, it's about feeling good.

Maybe we misinterpreted the meaning of the gift — it wasn't a message telling Mrs. Peloton to lose weight. It was to remind her that they're rich. Love wins. 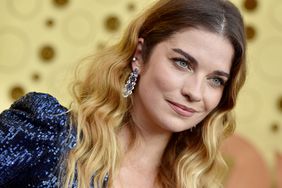