Here's How to Master a Perfect Plank Every Time

If your form is off, you're not actually working your core muscles.

I'm willing to bet that if you have ever made your way into plank position for more than three seconds, either during a yoga flow, HIIT class, or your own time at the gym, it's probably not your favorite exercise of all time. They're definitely intended to burn — and if a plank is particularly painful for you, it could be that your alignment is off and you're causing extra strain on your neck or back. But once you master the plank exercise, there's an opportunity for total-body strengthening — and let's just say you'll feel pretty powerful when you nail it and can hold that position.

We spoke with a trainer to give you a step-by-step guide to getting into the proper plank position (and modifications for making it easier or harder)' and the benefits of adding this exercise to your routine.

What is a plank?

A plank is a core exercise done in a prone, face-down position, either by balancing on your forearms (also called a low plank or elbow plank) or on your hands (also called high plank), explains Pearl Fu, a NASM-certified personal trainer at Sweat Factor for the on-demand fitness platform, Sweat Factor.

For plank beginners, it might be easier to start with a low forearm plank or a modification of it. "This requires less shoulder and tricep stabilization," says Fu. But it will be beneficial to eventually incorporate both types of planks into your workout routine since they each strengthen your muscles in a slightly different way, she adds. For example, a low plank will work your ab muscles more directly, while a high plank will work your triceps and shoulder muscles even more.

What are some benefits of doing planks?

They work your core to the max.

This is probably the most tangible benefit of doing a plank because you can literally feel your ab muscles burning the entire time. You're also involving even more muscle groups than you would with just a sit-up or other abdominal curl, Fu says.

Planks assist with balance and posture.

When you're doing certain ab exercises, like a sit-up, you're bending your body, but a plank is all about lengthening. First of all, "holding a plank is a balance move," says Fu. "You are in essence training your body to maintain this length and muscle engagement, and assisting with better posture, so you will be standing and sitting taller."

You'll be strengthening your entire body.

"A good plank is all about creating length in the body," says Fu. Yes, you're holding yourself up and balancing, but you need to engage so many muscle groups, from the abdominals to the back muscles, to the chest and shoulders to hold yourself still. And that's why it's one of the greatest total-body exercises that trainers are always going to push you to do regularly.

Besides the core muscles, you'll also feel that fire in your arms as you hold yourself up. "Arm planks will additionally tone the shoulders and triceps," Fu says. That holds true whether you choose to attempt the forearm or high plank, or even some modifications of either plank.

How to Master an Elbow Plank

How to Master a High Plank

How to Modify to Make Your Plank Easier

Not quite feeling up to the full forearm or hand plank? There's absolutely no shame in that. The classic plank modification for a low or high plank — on your knees rather than your feet — will take some of the weight off your hands, decreasing the load your body has to balance and lift, Fu says. When you're doing a modified plank on your knees, you'll want to make sure that the majority of your body weight is above your knees, so there's not too much pressure on your knees.

FYI: Practicing a plank may take you a couple of tries in one workout session, but shouldn't cause you significant pain, especially in your back, shoulders, or wrists (that could be a sign that you're not aligned properly). "If you are feeling discomfort, stop, take a few breaths, and try again," Fu says. Just check your alignment along the way (more on that below).

How to Modify to Make Your Plank More Challening

If you feel like you've mastered the regular plank, or just want to throw an added challenge into your workout, go for it. "We can progress the level of difficulty for a plank by adding greater balance and strength challenges, such as a single leg plank, or an uneven plank, where we are incorporating a stability ball," Fu explains. Or, you can try both the single leg and uneven plank at the same time, if you really want to test your strength.

How to Nail Proper Plank Form

Whatever variation you're attempting, there are a few univeral form tips that will ensure you're feeling the burn in a good way — and not putting strain where you shouldn't.

Make sure your hips are not in a downward dog pose.

"Planking takes some practice and it's all about finding that sweet spot where the hips aren't too or too low," Fu says. You never want your plank to look like a down dog yoga pose, with your hips elevated, because then you're not actually working your core muscles. "Your hips should always be lower than the shoulders," she adds. That goes for both a low and high plank, too.

Your back should be in alignment too.

On the other hand, you don't want your hips or low back to be dipping either. For all types of planks, even a modified plank, it's all about head-to-toe alignment. "Your body should look like a diagonal straight line from the top of your head to your heels," Fu says.

It's so easy to let your neck bend and your head drop toward the floor when you're trying to power through that plank hold, but that'll disrupt the length (and good posture) you're creating. Fu reminds clients to keep a long neck and spine throughout the plank. It might help you to check out your side profile in the mirror at first to double check your alignment, she adds.

Squeeze your glutes and core muscles, but don't forget to breathe.

This is the whole challenge of a plank. Yes, you should continually squeeze both your glutes and core muscles, but don't let your entire body tense up, advises Fu. Keep your breathing steady throughout the plank hold. "With each exhale, think about pulling the belly a little deeper toward the spine while maintaining your form," she says. 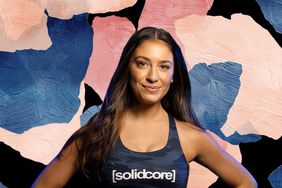 4 Moves for a Toned Butt from Solidcore Trainer Kayla Raspallo 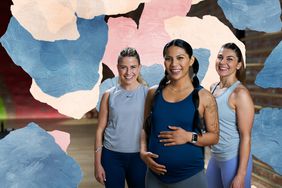 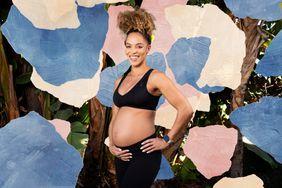 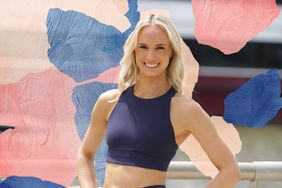 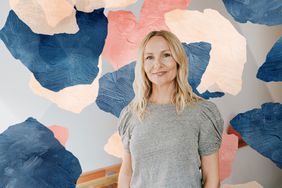 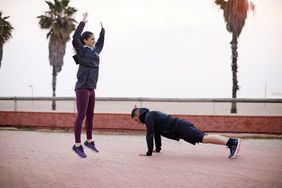 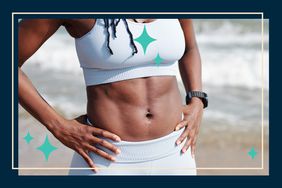 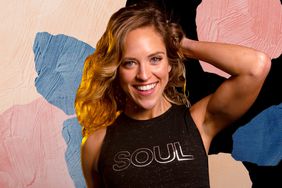 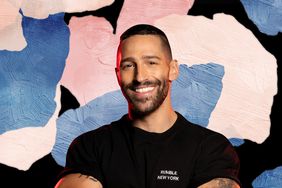 This Full-Body Boxing-Inspired Workout from Rumble Is Seriously Cathartic

What Can You Actually Do With Super Light Dumbbells? 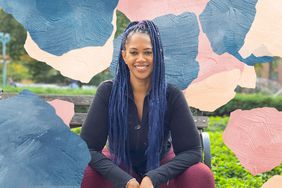 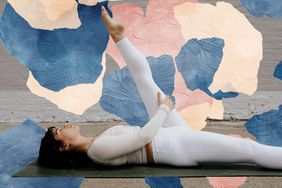 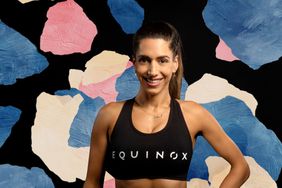 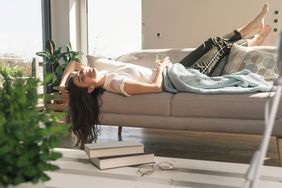 You Can Work Your Pelvic Floor While Lying on the Couch 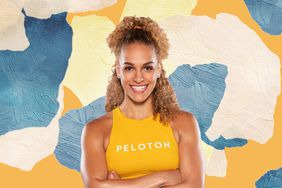