So, Wait, Can We Make Out in Bars Again Now?

Christie is a Lifestyle Ecommerce Editor at Dotdash Meredith. She writes and edits stories about home decor, organization tools, kitchen gadgets, beauty essentials, and fashion finds for Real Simple, Southern Living, and Better Homes & Gardens. Previously, she was an Assistant Editor at MyDomaine, where she covered interior design trends, career topics, and celebrity news. She has five years of experience writing, editing, and strategizing. Her work can also be found on InStyle, People, Health, Shape, Martha Stewart Living, and more.

After receiving Johnson & Johnson's one-and-done vaccine, I walked into a bar for the first time in roughly 15 months. As someone who's been single for the entirety of the pandemic, save a few cold, dull outdoor dates set up on apps, I've been hyper-focused on the concept of meeting a potential love interest in the wild. Despite knowing that I was fully inoculated, my heart pounded in my chest as the host checked my temperature and seated me and a vaxxed friend at a table. The Dr. Fauci on my shoulder shot me a cautionary glance while visions of shot girl summer played in my head.

We were greeted by the familiar glow of neon lights, the smell of stale beer, and the chatter of friends laughing in between sips. Drinks were served without the carrots sticks, cheese sandwiches, and Cuomo Chips that were previously required as the bare minimum food order with a round of alcohol since July 2020 in New York. If I closed my eyes, it felt like 2019.

Of course, some things had changed. Instead of rubbing shoulders with strangers in the traditional dance of trying to get the bartender's attention, we sat at a table surrounded by plexiglass until someone came around to take our order. And while the bathroom was still filled with unbridled positivity, a sign on the door indicated a maximum occupancy of just three people. Inside, one woman complimented another's skirt, to which she joyfully replied from behind a mask, "Tarjay!" Nature was healing.

While some people, including myself, have largely been on a hiatus from all of the places that typically foster IRL interactions with strangers, others have been dining indoors and visiting bars for months. Personal comfort levels and restrictions have varied across the country since well before vaccines were widely available. And what's okay to do and what's not is still up for debate, depending on whom you ask.

In Los Angeles, which has ping-ponged between restaurant and bar closures and reopenings throughout the pandemic, the going-out scene seems to be returning to some version of normal. "It feels like it's starting to open up, and there's good energy in the air," says Emily Schloss, 26, a film and television assistant in LA. However, rather than bopping around to multiple locations, Schloss says she and her friends stay in one spot at a time. She typically doesn't socialize with people outside of her group.

Going out used to mean hopping from one crowded bar to the next, but now it looks a lot more like reservations with close friends at a restaurant or bar that has outdoor seating. It's progress, but it can feel reminiscent of sitting at a high school cafeteria in a classic rom-com where venturing to another group is not only frowned upon but potentially dangerous. But that might be a good thing, according to health experts.

VIDEO: Why Women Are Experiencing More Severe Vaccine Side Effects Than Men

While many (read: me) are craving the simple pleasure of mingling with someone new and are willing to take the risk to do so post-jab, experts are still wary about how comfortable we should feel interacting with strangers, especially in an indoor setting like a bar. It "really depends on your individual risk tolerance and your individual risk for severe disease," says Sandra Kesh, MD, deputy medical director and infectious disease specialist at Westmed Medical Group in Westchester, NY. "Vaccination status will be the key factor," she adds.

For instance, if you're vaccinated and aren't at risk for severe disease, you might be more inclined to walk into a bar and say "hi" to a cute stranger as opposed to someone who has unvaccinated kids, cares for elderly family members, or is immunocompromised. And no matter what your situation is, you can mitigate the risk of infection by finding bars and restaurants with outdoor areas, visiting newer spots that are more likely to have good ventilation systems inside, sticking with people you know, and going out during less busy times, according to Karl Minges, PhD, MPH, chair of health administration and policy at the University of New Haven.

You might also consider the local COVID positivity and vaccination rates when determining whether a night out is worth it. "Have that be your guiding compass," Minges says. "If positivity rates in your communities are low, if the nationwide numbers are also low, and the vaccination rates are high (upwards of 70%), then people should feel pretty comfortable to go about their business," he tells InStyle. Nationwide, we aren't there yet.

Justin Fashaw, 27, who works in finance in Atlanta, is dipping a tentative toe into the nightlife scene, despite the fact that his state has implemented relatively minimal restrictions on bars and restaurants over the past year. "My friends and I prefer the open air, like at breweries where we can still be outside," he says, adding that his friend group pretty much sticks together rather than mixing and mingling with others.

It's okay to admit that what we all want to know is: Well, is it okay to hookup again, or what? And unfortunately there won't be a universal alarm that signals it's now time to get out there and live the life you once did. Herd immunity is one buzzword that's been thrown around as a potential green light for shot girl summer, but the concept of enough people being immune to COVID (through vaccination or antibodies produced after infection) remains as elusive as that person who asked you out on Bumble then immediately ghosted when shit got real last March.

"Vaxxed and Waxed" Is the New Hot Girl Summer

Perhaps rather than returning to over-crowded bars to seek out sweaty dance floor smooches, this summer can be about having fun with the people we still want to be around after taking stock of our relationships for the last year. Imagine getting drinks with your friends without interruptions from business bros offering to buy you a vodka soda while subtly insulting your "creative" career aspirations, or walking to the restroom without getting casually groped. That honestly sounds kind of amazing. And then there's the possibility that you stick to the apps in order to find something other than friendship.

"We've seen a lot of conversations about this 'shot girl summer' or 'hot vax summer' and the idea that singles are just looking for something casual, but we're really expecting this relationship renaissance," says Logan Ury, the director of relationship science at Hinge Labs. "A lot of people are actually looking to find a partner."

I've assumed mingling with strangers at a bar would be my love life's salvation, but Ury expects digital dating to reign supreme long after we put away our face masks.

That's not to say it's impossible to meet someone on a night out right now. No matter what relationship experts predict or health professionals advise, people find ways to connect — whether that means meandering around a plexiglass divider to chat up a hottie or using "which vaccine did you get," as a pickup line to make sure your new interest is vaxxed.

The pandemic continues to evolve, and so do our dating habits. There's already a noticeable shift now that the CDC announced vaccinated people can ditch face masks indoors and outdoors, though both Dr. Minges and Dr. Kesh recommend following local guidelines and remaining relatively cautious.

Your Shot Girl Summer Sex and Love Horoscope Is Here

Hard pants, new bangs, and vaccination cards are abundant, and with more people getting their jabs every day, the future looks bright. As for whether you can find a cutie at the bar this weekend, rip your mask off your face, and plant a (consensual) kiss right onto theirs — just ask for proof of vaccination. According to Dr. Minges: "If you're getting vaccinated and you've waited your two weeks after your second dose, I would say it's pretty safe to do most any activity." 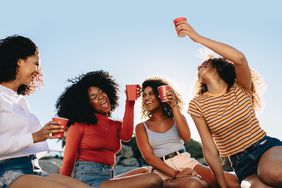 How to Avoid Spreading (Or Getting) Coronavirus This Summer 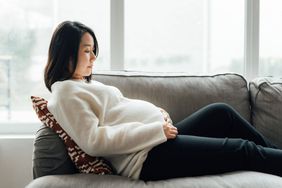 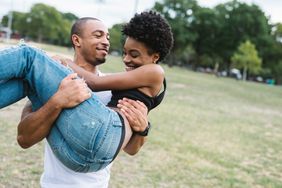 What "Summer Fling" Even Means During the Summer of COVID 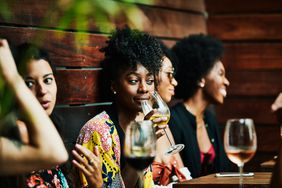 The Summer of Social Hangovers Is Upon Us 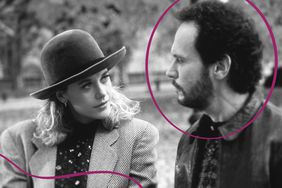 All the People We Said We'd Never Date Before 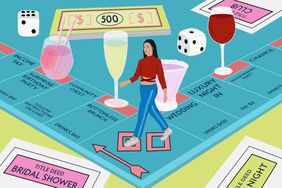 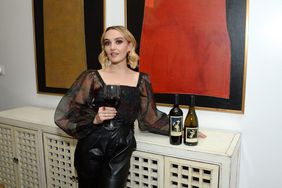