Have Face Filters Gone Too Far?

Putting your best face forward is easy in this selfie era, but it might be time to draw a line.

Last February, the Césars, also known as the French Oscars, were hosted by Florence Foresti, a successful stand-up comedian. In the introductory short, a spoof on Joker, she mishears advice on how to handle her hosting gig and thinks she’s been told to get a nose job. Retreating to her dressing room, Foresti looks over a series of celebrity pictures attached to her mirror, each one more surgically altered than the next, and shudders. Then a promotional poster of herself from the last time she hosted the show catches her eye: She’s primped, smiling, retouched to perfection. Eureka! She cuts out the photo, turns it into a mask, sticks it on her head, and walks onstage to start the show.

With the multitude of retouching apps like FaceTune, plus endless filter options and those magic Kardashian selfie lights, our pictures do look good enough to wear — even if they don’t really look like us. “I was having dinner with one of my influencers in Milan,” says a Paris-based agent who helps channel access to luxury brands for her clients. “When I see her in person, she’s so beautiful, but on Instagram, she looks insane! She was showing me pictures to post on behalf of a brand, asking me which one I thought looked best, and it was like, ‘Holy shit!’”

Influencers have bottom-line reasons for wanting to look a certain way: Sharing more-glamorous-than-you pictures is the basis of their gig, after all. But, even with a ring of softly glowing LEDs around their phones, they’re not armed with a full glam squad to compete with legacy celebrities, so they digitally manipulate themselves for the sake of their brand. “The lighting on a red-carpet photo call is pretty brutal,” the agent notes. “It makes the lines under their eyes stand out and the veins in their necks look hard. So, OK, everyone softens themselves up. But they’re starting to look so Kylie-altered.” While not everyone is willing to go under the knife to get there, with a little skill, some makeup, and a few apps, no one need be the wiser when it comes to social media.

What happens when selfies lose sight of the self and instead become brand avatars? Is there not some cognitive dissonance that develops between the retuned face we show the world online and the face that stares back at us every morning in the mirror sans filter and fake lashes? As Shannon Caspersen, a New York–based psychiatrist with a specialty in addiction and child psychiatry, notes, “The more we put out a false reality, the more disappointing the real thing becomes.” Humans have always wanted to show themselves in their best light. Dr. Caspersen mentions the evolution of courtly portraiture, which was often used in matchmaking before photography came along. “But the idealized portrait would be painted once every 10 years, rather than posted multiple times per day,” she says. Several pictures a day could mean the persona is edging out what we used to think of as the person — especially for those who are always online. “I work mostly with young people, and for them this is reality,” Dr. Caspersen says. “Kids will be on their phone, watching TV, and on their computer all at the same time.”

It gets more complicated when you add in the variables of different platforms. What works on Instagram — flattering angles, retouching, vampy pose — will flop on lo-fi TikTok. Not that the art of self-portraiture has ever been simple or straightforward, but the options today are rather astounding, with each platform having its own codes and rules of engagement. The hashtag #ontinderattinder — housed on resoundingly unglamorous Twitter, of course — is the latest reminder that people understand very well the game they’re playing (underscore “playing”). Users post pictures of their dating-app profile pics next to OTT goofy “real life” shots of themselves where the joke is in the disconnect.

As humans always have done, “we construct different representations for different situations,” says Alexis Rapin, a psychiatrist specializing in sexuality and trauma in Paris. “It often corresponds to a strong need to be part of a group, which is essential even in our increasingly individualistic society, especially for younger people. They are building multiple facets of themselves, idealized in the virtual but still marked by daily life.” In other words, Mom, the kids might be all right.

My agent friend tells me the influencers she represents who let unvarnished glimpses of real life into their feeds are generally far more successful than the too-too perfectly posed. The ideal portfolio has variety. “With COVID-19, I’ve been doing exclusively telemedicine, and videoconferencing is not flattering!” says Dr. Caspersen. “But young people use FaceTime all the time. They’re simultaneously idealizing themselves on some platforms and looking at themselves in worst-case scenario conditions on other platforms.”

Related Articles
The Most Popular Inspiration for Plastic Surgery Is Yourself 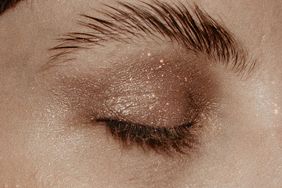 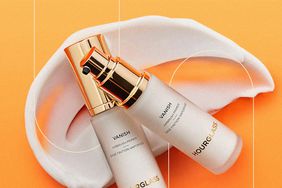 This Blurring Face Primer Is So Good, I Stopped Using Filters on My Selfies 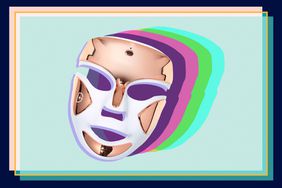