Not even celebrities are immune from the thick and thin phases of brow trends. We've come a long way since the super-skinny arches that were so public in the '90s and early aughts, and since many of us are still trying to regain the full shape we were born with, we've quickly come to learn that eyebrows are the most important feature on your face.

To demonstrate how the proper placement and fill-in method can transform your entire appearance, we're taking a retrospective look at 13 celebrities who were able to bounce back from the thin, comma shapes of decades past. Scroll down to see each of their dramatic brow transformations.

Jolie's brows have always arched at the same angle, but the fuller shape she has today creates a much softer appearance.

Talk about doing a 180—Stefani's super-skinny arches during No Doubt's Return of Saturn era can't even compete with the full set she has today.

The early '00s were not very kind to eyebrow shapes—the always-flawless Jessica Alba's included. But it's safe to say she didn't have much trouble bouncing back.

Back in the '90s, Barrymore sort of pioneered the trend of shaving off your brows and penciling them back in. These days, she's sporting a much more natural look. (We're still hoping that those daisy hair clips will make a comeback, though).

Megan Fox is so known for her super-bold arches that we almost didn't recognize the star in sparser times.

Just before her "Dirrty" phase, Aguilera tweezed her brows into a pencil-thin shape. They have since grown back into the perfect angled arch.

Not unlike every single song she's ever written, Adele's current brow look hits all the right notes.

Everything from Lovato's style choices to the placement of their brows has changed since their days as a Disney darling.

To be fair, the supermodel's brows have always been on point, but we're loving the super-bold, natural look she has going on now.

Between her solid blonde color, pale shimmery eyeshadow, and overplucked brows, Olivia Wilde embodied the early '00s beauty movement. She continues to set trends these days—albeit with a much more ample brow.

Okay, so maybe Kendall Jenner's bleached-brow look was strictly for Marc Jacobs's fashion show, but the serious difference is definitely worth calling out.

She's really just being Miley now, considering that her Hannah Montana brows have since grown into their natural state.

Conrad's thick set has come a long way since she last hung with Stephen Coletti back at Laguna Beach. 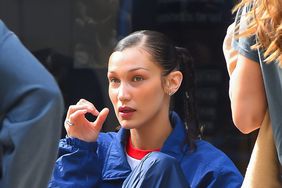 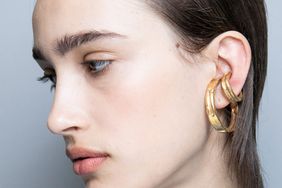 Read This Before You Get Your Eyebrows Threaded 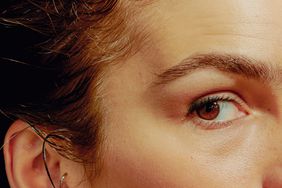 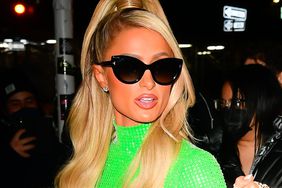