It's Not Enough for Beauty Brands to Just 'Pull Up'

Transparency is only the first step.

When Uoma Beauty founder Sharon Chuter launched the #PullUpOrShutUp challenge on June 3, she initially gave beauty brands — primarily those that have shared messages of solidarity with the Black Lives Matter movement — 72 hours to be transparent about how many Black employees their own companies presently have on staff.

Once the challenge launched, a few brands pulled up within the timeframe, like Milk Makeup, Versed, and CoverFX. While others including Thrive Causemetics, Kora Organics, and Anastasia Beverly Hills took a little more time to respond. However, what was consistent in the answers was a lack of Black representation across the industry, with several companies coming in below 10%, especially in executive level positions.

Unfortunately, this comes as no surprise to Chuter, a beauty industry veteran who worked at several major cosmetics companies before starting her own line. That said, transparency is not enough. Now, she's rightfully demanding to see the lasting change that she has been trying to implement for years.

"The conversations I’m having today, everybody feels like I just started having it because of Black Lives Matter," she later shared on the episode. "Go back to my interviews from two years ago. I was saying the exact same thing. Being within these corporations, they didn’t make products for Black people. They didn’t have representation."

But it's not just the beauty industry that needs to make a shift — it's all of corporate America.

Chuter recently called on Nike, which has long shown visual support for the Black Lives Matter movement, to be transparent about how many Black employees the brand has on staff and in executive positions.

"We need to see those receipts," she said on her personal Instagram account on June 6. "We love your campaigns but we need to know how many Black people you employ at a corporate level and executive level. Our culture has fed your brand. Show us how you feed us. Retweet and share!"

The athletic brand hasn't responded to Chuter's challenge specifically, but had announced a day prior a $40 million commitment to supporting the Black community in the U.S.

VIDEO: How to Demand Justice for George Floyd and Support Anti-Racism Efforts

What else should companies be doing? Proving that they're actually willing to do the work.

Chuter has asked brands to create committees with a diverse range of employees, as well as be willing to release bi-annual reports detailing the percentage of Black and other people of color on staff. However, racial disparity in the job market isn't an issue that can be fixed overnight. Rushing to hire a more diverse set of employees in an effort to save face can lead to tokenism in the workplace. In order to effectively change the system, companies will have develop longterm hiring and development strategies, and continue to show up for the Black community. Only then will we see lasting impact. 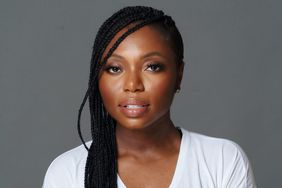