Dr. Michael Apa isn't a regular dentist. He's a cool dentist. A cool cosmetic dentist, that is. Walk into his offices—in either New York City or Dubai—and you feel like you've entered a spa, not a dental office. But don't let the plush chairs and marble countertops fool you: Dr. Apa has serious medical cred. He’s become sought-after for his unique—almost artistic—approach to veneers.

Here, how Dr. Apa became the go-to for celebs like Chloë Sevigny and Mary-Kate and Ashley Olsen—along with the two-second brightening trick he teaches all his patients...

Honestly, McDonald's. I was 16 and all my friends worked there. I was on fries. It was the supposedly good-looking guys who got to work at the front.

You’re an aesthetic dentist. When did you become interested in the field?

I wanted to be a dentist from when I was really young. When I was in 11th grade, I did career day with my dentist. Then I interned at a hospital in the dental division and really liked it. In college, I was obsessed with Dr. Larry Rosenthal, who was such a star at the time. He really pioneered veneers. I transferred to NYU to be close to him, even though we hadn’t met. I knew I wanted to learn from him. Today, we have a practice in New York together.

Wow! How did you finally connect with him?

I was a second year in dental school at NYU. He came in to lecture to us and I followed him out after. I had a business card that said, "Michael Apa, Dental Student." I handed it to him and I said, "Dr. Rosenthal, I really want to come see your office. I'm a dental student and I want to work with you when I'm done." He took my card and left. I'm sure he probably threw it away a few minutes later. But when I started like the first undergraduate curriculum for aesthetics (it wasn't being taught at NYU), I was able to get lecturers to come. One of them was Larry.

You’ve really taken the treatment to the next level. How is your approach different?

In the 2000s, I started doing research on smile makeovers in like orthodontics. An orthodontist deals with braces in terms of symmetry of the face and the teeth. And porcelain veneers really dealt with the premise of the overall smile. And so I sort of merged the two together, wrote the first paper on it, and started really teaching and practicing how to fit teeth into someone's face, not into their smile.

When did the method really take off? You now even have a practice in Dubai.

Around 2008, I did a show for E! Something like, "Lifestyles of the Rich and Famous." It was an episode on the best surgeons, dermatologists, and dentists, and I was on it. It ran all the time, even in London. A lot of royals from the Middle East live there in summer because it's too hot in Dubai. They saw it and flew into New York to get their teeth done. I ended up becoming really friendly with them; it was the royal family of Abu Dhabi. And they invited me back to practice dentistry there.

3 Secrets for a Better, Brighter Smile

For someone who doesn’t live in Dubai or New York, what’s one thing you can do at home to enhance your smile?

I actually developed a line [called Apa Beauty]. It’s kind of in its own category of what I’ll call oral cosmetics. It makes people think differently about their smile. People go crazy with creams and washes to take care of their skin, but they don't think about their teeth the same way. If you could only use one product from the line, I’d say the electric toothbrush will make the biggest difference. But for an instant result, we have our Apa Blue Lip Shine ($25; apabeauty.com), which has a slight blue-ish tint. The color instantly makes your teeth look brighter. It has medical benefits too—the peppermint oil fights bacteria and helps freshen your breath.

What’s one career lesson that you wish you could teach your younger self?

I would say that things don't get done by screaming the loudest. I think that what I've learned over time is to try to not get so worked up. I sometimes still do, because I care. But with age and time, you get more secure in who you are, and you can present things with a cooler attitude. Save your energy for the work. 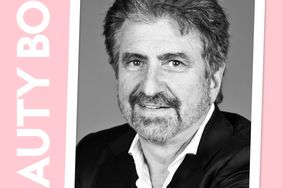 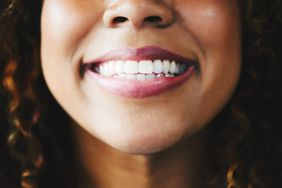 8 Things You Need To Know Before Getting Your Teeth Whitened 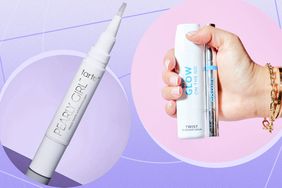 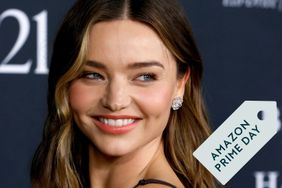 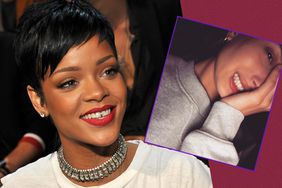 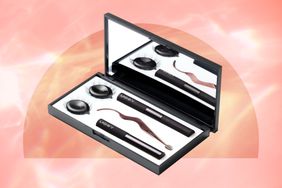 Our Beauty Editors Swore By These 3 Products in February