The star senior political correspondent opens up about her career, skincare regimen, and fitting in wash days.

Kayla Greaves
Kayla Greaves is the Executive Beauty Editor for InStyle, overseeing all beauty coverage on the site. She has previously held positions at HuffPost and Bustle.
InStyle's editorial guidelines
In This Article
View All
In This Article

CNN's Abby Phillip was understandably sleep-deprived and just a little stressed out the week of November 3rd, 2019.

Coverage for election night ended up turning into a four-day television marathon. Many of us who were at home were glued to our TV screens for nearly 96 hours straight, until CNN finally named Joe Biden President-Elect on the morning of Saturday, Nov. 7. Yet, Phillip somehow managed to stay calm, cool, collected, and absolutely flawless while covering this tumultuous election cycle.

Although I can't speak for everyone, I'm pretty sure several people can relate when I say I looked like the ogre emoji by the time the results came in. My hair was dry, frizzy, and in a horrific ponytail on the top of my head. My skin had the audacity to break out, and my body was ready to rest for 40 days and 40 nights. But, even after CNN projected a winner, I still couldn't turn off my TV.

I, like many others who were live-tweeting through our political pains, were captivated by Phillip.

On top of her wealth of political knowledge and the unforgettable moment when she said, "In carrying Joe Biden to the Democratic nomination through the primary, Black women did that," somehow, not a single hair was ever out of place, her makeup was pristine, and her skin appeared to be as smooth as a good silk bonnet for four days straight.

Fast forward to today and, although things are still chaotic, Phillip — who has Trinidadian roots — is finally able to indulge in some curry chicken and paratha roti from her favorite local Trini spot. And she's getting some much-deserved rest, proudly sharing that she is in bed by 9 p.m.

She also has the time to share with us her beauty routine. Of course, the amazing hair and makeup crew at CNN are largely responsible for getting the correspondent camera-ready, however Phillip does not play around when it comes to her beauty regimen. But don't just take my word for it, ask the woman who managed to squeeze in an entire wash day before starting her live election coverage.

50 Badass Women Who Are Leading the Way

"I always try to wash before a big night like that," Phillip tells InStyle over the phone. "I’ll cleanse my hair, use a deep conditioner that sits for at least 30 minutes, and I put a heat cap on my head. Then I’ll rinse and I’ll sit under a dryer for around 30 to 45 minutes. I can work while my hair is drying, so that’s OK. But I have to have a good two hours uninterrupted."

The 5 Best Products For Heatless Styling on Natural Hair

As for the skincare routine that so many of us have been waiting for the Harvard alum to drop, she kept things remarkably simple during election week.

"I would be coming home and immediately trying to go to sleep," she admits.

So instead of going through her regular routine (don't worry, we'll get to that in a minute), she stuck with just a few key steps to get the job done in as little time as possible.

"I use makeup remover wipes before I wash, then I always double [cleanse]. Even on a shortened schedule, I try to do that." Phillip explains. "Then I tone and use an AHA/BHA serum. I also like to use an oil for extra moisture, it’s just kind of comforting — I love a good face oil. Then I moisturize on top of that with a night cream."

In the morning, the on-air correspondent would simply wash her face with water, pat on a toner, and never skip SPF. "You must [wear it] every day, whether it’s cloudy or not," she exclaims.

Monthly Facials Are a Must

"It’s so tough, being on TV and wearing TV makeup is a totally different animal," she admits, comparing the intensity of on-air glam to the simplicity of everyday makeup. "Plus the lack of sleep and the caffeine and the wine [laughs] — a lot of the time my skin is not happy."

That's why she's into getting regular treatments and persistent about building a regimen that helps nourish her skin.

"When I was younger I would always think of that as a luxury thing," Phillip shares. "But as I’ve gotten older, it’s really become a requirement for me to really take care of my skin."

These days, she aims to get a facial at least once a month, while her nightly routine focuses on gentle exfoliation and keeping her skin moisturized — all of which are essential after consistently wearing heavy makeup.

Beautiful Inside and Out

It's easy to see why Phillip is so adamant about perfecting her beauty routine. Because to understand Phillip's remarkable journey in the political space, is to understand the essence of perseverance.

During the correspondent's freshman year, she made the tough decision to switch from studying medicine to studying government, as well as joining the student newspaper in hopes of pursuing journalism.

"I felt sick — literally," she remembers. "When I changed my major late in my freshman year, I was physically ill. I thought it was a sign that I would not be able to really accomplish everything, and I had given up on something that was hard, and I couldn’t persevere through difficulties."

Yet, nevertheless, Phillip persisted. First landing at Politico after graduating in 2010, then moving to ABC, and eventually CNN.

"Really that [feeling] was me [learning to] follow my gifts and follow my passion, and being honest with myself when I wasn’t passionate about something and moving on," she says. "It’s not until you’re really afraid of doing something really different that you’re on the cusp of what could be really transformative for you and you should consider doing it."

Thankfully she did. And lucky for us, we all get to bear witness. 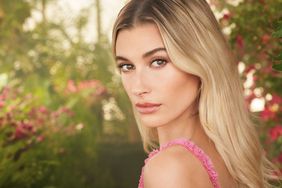 Even Hailey Bieber Swears By the Internet's Favorite Skincare Ingredient 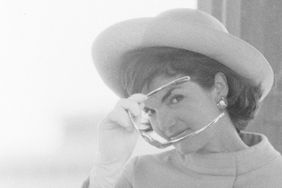 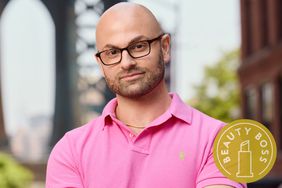 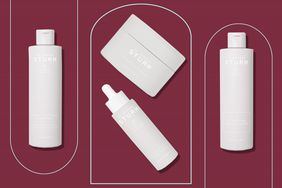 Dr. Barbara Sturm's Hair and Scalp-Care Line Is Here — So We Put It to the Test