Margot Robbie Is Larger Than Life in the New 'Barbie' Teaser

Plus, we've got another look at Ryan Gosling as Ken.

Every time audiences get a little taste of what's to come with next year's Barbie movie, the more layered everything seems to be. While details on the plot are still under wraps, Warner Bros. finally released a teaser trailer for the film, but it's presented like a 2001: A Space Odyssey-style documentary and not a traditional movie trailer. Helen Mirren has the honor of narrating the clip (and, in turn, gives the short preview a major dose of gravitas) and fans finally have a look at Margot Robbie's Barbie in action.

The most major moment may be Robbie posing in a desert landscape while all done up as 1959 Barbie, complete with a black-and-white bathing suit, curly bangs, and cat-eye shades. But there's plenty to take in, especially with a peek at Gosling in action and fellow cast-mates Issa Rae, Will Ferrell, Kate McKinnon, Simu Liu, Michael Cera, and America Ferrera. The movie is written by Greta Gerwig and her partner, Noah Baumbach.

"People generally hear Barbie and think, 'I know what that movie is going to be,'" Robbie told British Vogue of the role. "Then they hear that Greta Gerwig is writing and directing it, and they're like, 'Oh, well, maybe I don't.'"

She added that the role of Barbie "comes with a lot of baggage," but that she's also excited for fans to see it since many people have "a lot of nostalgic connections" to the doll.

"We've been having so much fun making this movie and it felt nice to see everyone else start having as much fun as we are," Gosling told People of the film. "I can't wait for the film to come out and for that to continue." 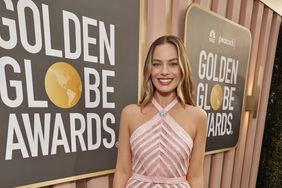 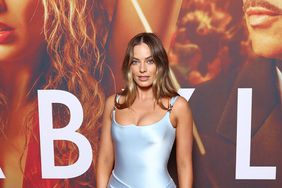 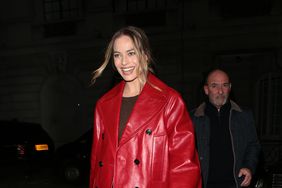 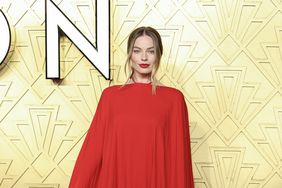 Margot Robbie's Flowing Red Dress Had a Surprise in the Back 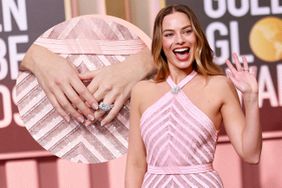 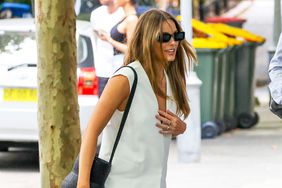