And we are eternally grateful.

Zendaya has officially arrived at the 74th Emmy Awards red carpet sporting what's a far cry from one of her Euphoria character's signature gray hoodies— and we've never, ever been happier.

The actress stepped out for television's biggest night wearing a breathtaking black Valentino ball gown featuring a corseted, sweetheart bodice, bow detail, and dramatic train. A silver Bulgari necklace and matching diamond earrings accessorized the elegant gown, and Zendaya finished the look by tying half of her hair up with a black ribbon.

The 26-year-old is nominated for one of tonight's Emmys in the Outstanding Lead Actress in a Drama Series category for her work as Rue Bennett in Euphoria, which is the same role that earned the actress her first Emmys Award back in 2020. Not only did Zendaya's win serve as a monumental career moment, but it actually made Primetime Emmys history as she became the youngest woman to ever receive the category's award at just 24 years old.

In Zendaya's speech, which she made from home due to the COVID-19 pandemic, the actress was sure to thank her family and the entire Euphoria team before sharing an inspiring message about believing in today's youth.

"I know this feels like a really weird time to be celebrating, but I just want to say that there is hope in the young people out there," she said. "I know that our TV show doesn't always feel like a great example of that but there is hope in the young people. And I just want to say to all my peers out there doing the work in the streets, I see you, I admire you, I thank you, and yeah, thank you so, so much!" 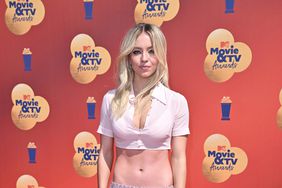 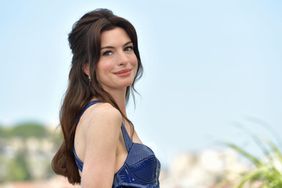 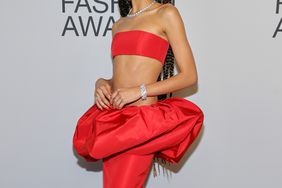