70 Is the New 30: Why Septuagenarians Have Already Won the Golden Globes

When the Golden Globe nominations came out this week, one thing was very clear: Talent only gets better with age. This year, more so than we’ve seen in a while, it’s the senior citizens who nabbed the nods, with six nominees 70 or above taking 10 percent of the individual acting nominations, including Jane Fonda and Lily Tomlin (who earned two, one for Grace and Frankie and one for Grandma). Of course, there are always a few people over 70 nominated every year—you can pretty much bet on the oh-so-fabulous Helen Mirren getting a nod—but the forthcoming 73rd annual show seems particularly exciting for the septuagenarian set. Scroll down to see the Golden Globe-nominated advanced style set— we can’t wait to see them hit the red carpet.

The actress and red carpet rock star was nominated for Best Supporting Actress in a Drama, Musical or Comedy for her role as Brenda Morel in Youth.

The British star earned a Best Supporting Actress in a Drama, Musical or Comedy nomination for her role as Hedda Hopper in Trumbo.

The actor’s role as transgender parent Maura Pfefferman in Transparent scored him the Best Actor in a Television Series, Musical or Comedy nomination.

His role as Walter Blunt in Blunt Talk got him a nod for Best Actor in a Television Series, Musical or Comedy.

The star of Danny Collins earned a Best Actor in a Motion Picture, Musical or Comedy nomination.

Stallone doesn’t turn 70 until July 2016, but he’s so close, we didn’t want to leave him off the list. His reprisal of Rocky Balboa in Creed earned him a Best Supporting Actor in a Motion Picture, Drama, Musical or Comedy nomination. 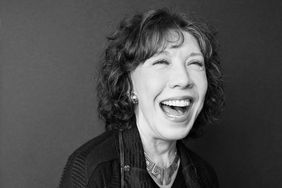 Lily Tomlin, Star of Netflix’s Grace & Frankie, Will Make You Excited About Being Over 70