Zendaya Wore a Crop Top on the 2022 Oscars Red Carpet

We should have expected Zendaya to give us something unexpected at the 2022 Oscars, but nobody could have predicted that she'd skip out on a gown altogether. Instead of a dress, she arrived at tonight's ceremony wearing a white button-up cropped very, very short and a long, carpet-sweeping sequin gown. Both pieces were shimmering and shining as she walked down the red carpet. Two armloads of glittery diamond bracelets and a simple necklace finished the look, as well as a sophisticated updo.

The look came via Valentino, which makes sense as the Emmy winner is a spokesperson for the storied Italian label.

Zendaya isn't nominated for an award tonight. Still, her film, Dune, is up for Best Picture as well as Original Score, Makeup and Hairstyling, Costumes, and a slew of other technical categories. Zendaya hasn't been nominated for an Academy Award, ever, but with Dune's sequel coming soon, fans are all but guaranteed a nom on the horizon — and plenty of opportunities for Zendaya and Roach to flex their fashion muscles. 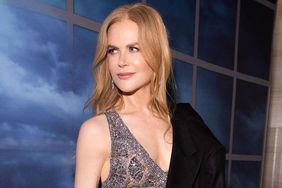 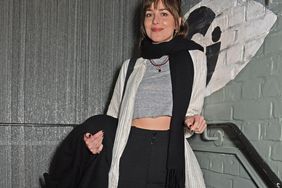 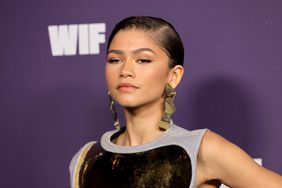 Zendaya Brought Back the Breastplate on the Red Carpet