On Sunday, February 26, Hollywood's brightest stars will descend upon the Dolby Theatre for the 89th Academy Awards. Beautiful people in beautiful suits and dresses will vie for the coveted statues, make political statements, pretend they're happy when they lose, and forget to thank their mothers when they win. The awards never fail to surprise, shock, and entertain, so you're going to want to tune in with friends. That gives you less than a week to become an expert on the nominees. If you haven't got the time to cram in lots of viewings between now and Sunday, we've got you covered. Read our ten tips to faking your way through the Oscars and you'll be sure to impress your pals with your Academy Award knowledge. Nobody has to know that the only nominated film you've seen is Zootopia.

VIDEO: The Best Oscars Fashion of All Time

That way, you can talk intelligently about them and vote from your gut as opposed to based on what others say. If that’s not possible, read up on them ahead of time. Use our handy cheat sheet (see below) or simply Google "Oscar Predictions 2017" and voila! You will have reams of Oscar prognostications at your fingertips. And if you really want to sound like a pro, see at least one of the films nominated for a more obscure category like Live Action Short or Animated Short and read up on those. (For more on this, see tip #6).

For example, say, “You know, there could be a split Best Actor vote between Denzel Washington and Casey Affleck, and even a second place vote split between Ryan Gosling and Andrew Garfield, which could result in the award going to underdog Viggo Mortensen for Captain Fantastic. Some people think that’s what happened when Adrien Brody beat Jack Nicholson, Daniel Day Lewis, Michael Caine and Nicholas Cage back in 2002." Even if this doesn’t happen, you will sound informed.

Try “Did you know that Emma Watson and Miles Teller were originally supposed to have the roles that Emma Stone and Ryan Gossling got in La La Land?” (True fact) or “Matt Damon, one of the producers of Manchester By The Sea, was originally supposed to star in that film, but he had scheduling conflicts with The Martian, so he suggested Casey Affleck for the lead” (Also true).

This is always a tricky distinction and one that trips up many an Oscar ballot voter. Tell anyone who cares to listen that sound editing is the creation of sounds on set—the dialogue, a train whistle or ringing phone etc.—while sound mixing is how the sounds are all put together and tweaked —i.e. making them louder or softer, etc. The editors are like the orchestra and the mixers are like the conductor. You can also casually mention that war films and big action films often win these categories, while musicals have also been known to win more often for best sound mixing than editing. Last year’s winner in both sound categories was Mad Max: Fury Road, and the year before that Whiplash won for sound mixing, while American Sniper won for best sound editing. Good guesses this year? Hacksaw Ridge for sound editing and La La Land for sound mixing. Of note: Andy Nelson, who was nominated for sound mixing for La La Land, has won twice in this category (Les Miserables in 2013 and Saving Private Ryan in 1998) and has been nominated a whopping 21 times—a record tied with Kevin O’Connell, who is nominated for sound mixing for Hacksaw Ridge. Confused yet?

Some experts think this year’s Best Costume race is between La La Land and Jackie. So far Jackie’s designer, Madeline Fontaine (a first-time Oscar nominee), has nabbed a BAFTA, Satellite Award, and Broadcast Film Critics Association Award for her authentic First Lady looks. La La Land’s Mary Zophres (who was also nominated for True Grit) won the Costume Guild Awards for "Excellence in Contemporary Costumes" for her colorful wardrobes in this year’s runaway musical. There might be an upset though—while 12-time nominee Colleen Atwood, who got a an Oscar nom this year for Fantastic Beasts and Where to Find Them, lost in the “fantasy” category at the Costume Guild Awards to Dr. Strange, that film didn’t get an Oscar nom and she could always swoop in and take the statue. After all, she’s won the Oscar three times before—for Chicago, Memoirs of a Geisha, and Alice in Wonderland.

Here are some hints: Pixar’s Piper, about a baby sandpiper who is afraid of the water, has the edge for Best Animated Short. But some contend that Blind Vayusha from Canada, a darker film about political anxiety, could slip in and win since political anxiety seems to be the current mood. As far as Live Action Short goes, Ennemis Interieurs, about a French-Algerian born man who finds himself accused of protecting the identities of terrorists during a police interview, is the current frontrunner. Extremis, about wrenching end-of-life decisions, and Joe’s Violin, about a 92-year-old Holocaust survivor who donates his violin to an instrument drive, appear to be neck and neck as Best Documentary Short. Make pronouncements like this and you will sound like an expert.

Remark nonchalantly that this is an interesting year because at the Writer‘s Guild Awards Moonlight won best original screenplay while Arrival won best adapted screenplay, but the Academy placed Moonlight in the adapted category because it was based on a play. So the best adapted screenplay Oscar is likely between these two films, while most think the Oscar for best original screenplay will go to Manchester by the Sea, or possibly La La Land.

This can help to not only predict Oscar winners but also make you sound knowledgeable about awards in general. Here are a few highlights:

We’ve come up with some to get you started.
Q: Name at least four other people in the famous selfie that Ellen DeGeneres coordinated at the 2014 Oscars.
A: Jared Leto, Jennifer Lawrence, Channing Tatum, Meryl Streep, Brad Pitt, Bradley Cooper, Angelina Jolie, Julia Roberts, Kevin Spacey, Lupita N’ Yongo, Lupita’s brother.
Q: Who went streaking nude across the stage in 1974?
A: An artist, photographer, and activist named Robert Opel.
Q: Who did a one armed push up when he won best supporting actor for City Slickers in 1992?
A: Jack Palance.
Q: What Disney character did Rob Lowe dance and sing "Proud Mary" with at the Oscars in 1989?
A: Snow White. It was widely panned as one of the worst Oscar performances of all time.

Q: Who has hosted The Oscars more than anyone else?
A: Bob Hope, 18 times.
Q: Who has hosted the second most times?
A: Billy Crystal, 9 times.
Q: Which one of these women was never an Oscar host? Jane Fonda, Goldie Hawn, or Kristen Wiig?
A: Kirstin Wiig. Fonda hosted in 1977 and 1986 with cohosts, and Hawn in 1976 and 1987, also with cohosts.
Q: What woman has hosted more time than any other female?
A: Whoopi Goldberg, who has hosted four times.
Q: Who hosted with Anne Hathaway in 2011?
A: James Franco. Critics said he seemed comatose while she seemed to overcompensate by being too peppy)

Moonlight
Director: Barry Jenkins
Lead Actors: Mahershala Ali, Naomie Harris
Subject: Told in three chapters, the film follows Chiron as he comes of age as a gay, black youth in Miami. Each chapter focuses on a different time in Chiron’s life, with the role being performed by three different actors.
Talking points: 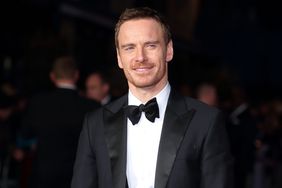 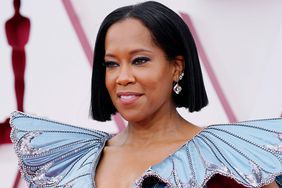 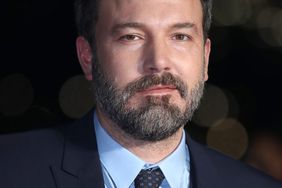 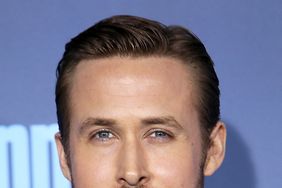