The Best Oscar Hairstyles (From Every Angle!)

The Best Oscar Hairstyles (From Every Angle!)

Delicate layers framed The Help star's face; soft, piecey waves tumbled down her back. "I wanted the whole look to have an easy, romantic feel with a slight, sexy bump in the crown," Suave Professionals hairstylist Jenny Cho told us.

Keibler's mellow blond waves stayed on one shoulder thanks to a neat roll along the back of her neck. "I wanted to create a look that was soft and glamorous," Couture Colour hairstylist Peter Savic told us.

The Best Supporting Actress nominee sported an intricate hairline braid that finished in a casual knot.

"I loved the shape of Gwyneth's dress and wanted to mimic the architectural lines in the hair," Frederic Fekkai hairstylist Adir Abergel told us of the star's low ponytail. "I wanted it to have a mirror-finish."

This ponytail was a triple threat: extra-high, extra-glossy, and extra-long. "I wanted to showcase Sandra's long, shiny, and natural mocha brown hair," hairstylist David Babaii told us. A few drops of his new Miracle Oil Hair Elixir ($30, db4wildaid.com was the shine-boosting secret ingredient.

Decide On Your Makeup Look

At your trial run, "aim to look like yourself but better by defining brows, lashes and lips, and giving skin a healthy glow," says celebrity makeup artist Mally Roncal. Take pictures of your finished face—indoors and out—so you can see how you look in different lighting. Studying these shots can help you determine if you want to pump up your shadow or switch from a foundation to a tinted moisturizer.

"I didn't want to compete with the high neck of Emma's dress, but I felt like I could really have fun in the back," Couture Colour hairstylist Mara Roszak told us of the star's twisty bun.

A loop of Mara's shiny raven hair was held in a fine net. 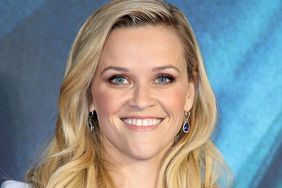