Mad Men Stars Then and Now

Mad Men Stars Then and Now

Oh how she's grown! Kiernan Shipka first walked the carpet in a Papo d'Anjo dress when she was just ten-years-old. Since then, she's blossomed into a gorgeous young woman. For this year's awards she wore a fresh-off-the-runway Delpozo gown.

While the actress still favors glittering designs, Moss has certainly switched up her look since she first attended the awards show in 2008 wearing a Jenny Packham gown. A drastically different hairstyle and a sleek, on-trend Andrew Gn strapless dress were evidence of her style transformation.

From a sweet and frilly Dolce & Gabbana to a sexy retro look made just for her by Givenchy, Jones has transitioned into a style-setter.

The va-va voom actress has always known how to make a statement on the carpet, and while her go-to silhouette hasn't changed much since she first attended the Emmys, she's embraced her siren status going for an Old Hollywood beauty look at this year's show to complement her Christian Siriano gown.

The actor traded in his classic and clean shaven look for a rugged beard and a retro white tux at the Emmys this year, but he kept his best accessory, his partner Jennifer Westfeld. 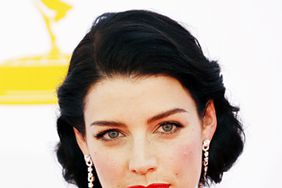 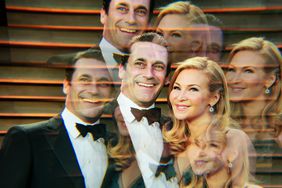 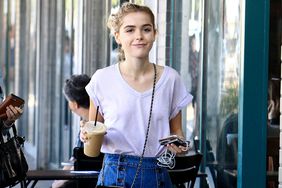