Between rehearsals at the Nokia Theatre, presenters like Lauren Conrad took a breather backstage at the Emmy gift lounge, where they picked up goodies from Carlos Falchi, D'Annunzio fine jewelry, and Koolaburra-all conveniently packed into a limited edition Stella McCartney for LeSportsac bag. "I got diamonds, a toaster, and free movies for a year," Conrad said of her scores.

-With reporting by Meg Hemphill and Lindzi Scharf

While visiting the Kari Feinstein lounge, Tina Fey didn't just take, she gave back. The Emmy nominee donated one of her frocks to Little Black Dress Wines, which will auction it off to benefit YouthAIDS.

After rehearsing her Emmy presentation, talk show queen Oprah Winfrey made her way into the presenters gift lounge at the Nokia Theatre. For each star who stopped by, Bertolli Oven Bake Meals made a contribution to the Dream Street Foundation, an organization aiding children with life-threatening illnesses.

was among the guests who stopped by Kate Somerville's world-famous spa for a little pre-show pampering. In addition to snapping up must-haves like Clarisonic face brushes, Michael Greene jewelry, and Ajne fragrances, VIPs snacked on sushi and chocolate truffles while enjoying the calm vibe of the elegant Melrose Place beauty mecca.

Emmy nominee Kristen Cheoweth tried on a $300,000 tiara from OE Diamonds when she stopped by the the GBK suite at the Mondrian Hotel. The Pushing Daisies star was also drawn to the bling on a jeweled dog food container from Got Grub.

co-stars Jenna Fischer and Angela Kinsey teamed up to visit Melanie Segal's Celebrity Emmy House, held at a private residence just above Sunset Plaza. Before taking a look at the goodies, guests were asked to donate to Make It Right--Brad Pitt's charity to help revive the city of New Orleans. In addition to picking up products like T3 hair styling tools and Chip & Pepper jeans, guests sipped Dirty Blonde champagne cocktails.

hit the HBO gifting suite at the Four Seasons Hotel, where she picked up Beryll Sunglasses and Agave Jeans from Avedon. For stars who are looking to sparkle at Sunday's ceremony, plenty of diamonds from Piaget, Montblanc and Penny Preville were on loan at the In Style Diamond Suite.

Guests like Natasha Henstridge enjoyed the view from DPA's Pre-Emmy gifting lounge, held high in the sky on the penthouse rooftop of the Luxe Hotel in Beverly Hills. Attendees scooped up goodies from Mon Bijou Fashion Jewelry and Paris Haute Couture Georges Hobeika.

star AnnaLynne McCord gave a Velorbis bike a test ride when she visited the Kari Feinstein Emmy Style Lounge, held at a posh private residence overlooking Los Angeles. McCord also tried on Balenciaga sunglasses from Solstice, picked up a headband and a scarf from Claire's and scored an overnight skincare kit from Artemis.

star Balthazar Getty and Grey's Anatomy doc Eric Dane used their best Blue Steel stares as they were snapped chilling out at the Kari Feinstein lounge-where waiters passed mini-margaritas and guests grazed on appetizers at the buffet.

showed off her finds from the Nine West suite at the Kari Feinstein lounge. VIP guests went home with boots and bags from the brand's fall collection.

After trying a few dresses on for size, Rachael Leigh Cook scooped up miracle product RevitaLash eyelash conditioner at the DPA Gifting Lounge, held at the Luxe Hotel in Beverly Hills.

She does not appear on TV, but budding fashion designer Nicky Hilton checked out the goodies at the Patrick Melville and equinox fitness Emmy Beauty Villa, held at the Sunset Villas Hotel in West Hollywood. VIPs picked up Napoleon Perdis makeup, Biolustre hair products, FHI hair tools, and other tools to help them get gorgeous. 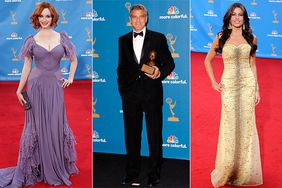 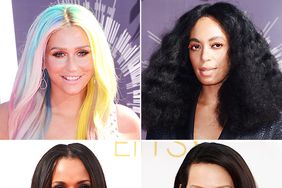 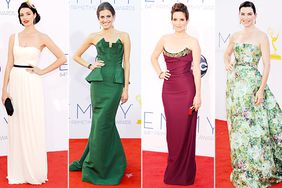 What We Can Expect to see Jessica Paré, Allison Williams, Tina Fey, and More Wear to the Emmys 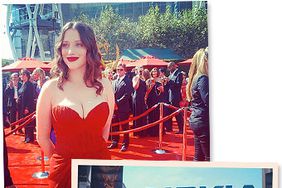 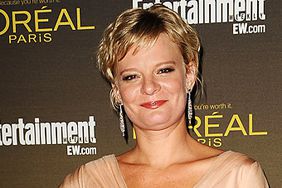 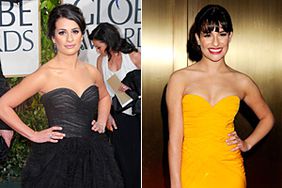 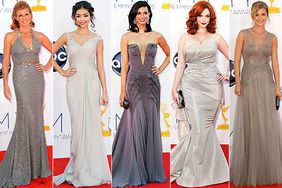 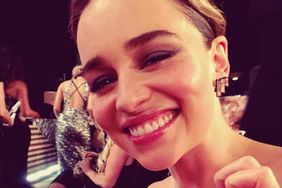