Not that there wasn't a major dash of drama.

Red carpet or not, there was never a doubt the Billy Porter would bring a complete look to this year's Emmy Awards. After all, this is the man who's offered up a hat with a mechanical curtain, a tuxedo gown, an angelic feathered train, and butterfly temporary tattoo sleeves. For tonight's big event, Porter gave Instagram an exclusive first look at his ensemble — the social media platform was sure to tease it before the actual show.

The final look included a tailored white jacket overlaid with a dramatic, draped white sash. Though Instagram didn't reveal who the designer behind the outfit, Porter noted that he uses his personal style as a way to free himself from expectations.

"I would describe my style as free. I've worked a long time to find a space where I don’t care what other people think about me. That' a real interesting and hard place to get to," he said. "I'm there. I'm free."⁣

Porter is nominated for his role in Pose. According to Instagram, Porter was the first openly gay Black man to win Best Lead Actor in a Drama last year's event.

"Never in a million years, as a gay Black man who came out in the '80s during the AIDS crisis, did I imagine that a show like Pose and a character like Pray Tell could exist," Poter added. ⁣ 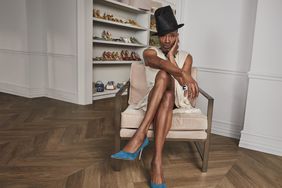 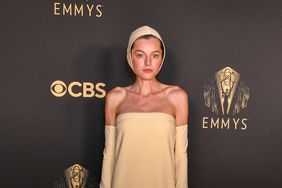