She's up for her take on Elizabeth Holmes in The Dropout.

While her take on Elizabeth Holmes involved black turtlenecks and smeared lipstick, Amanda Seyfried decided to go a bit more glam at this year's Primetime Emmy Awards. While she's no stranger to the red carpet (by now, she's one of everyone's favorites when she arrives at any event), she arrived to this year's ceremony wearing a stunning purple-hued gown that looked straight out of a fairytale.

The actress hit the carpet in an iridescent Armani Privé column gown — which she dubbed a "mermaid" dress when chatting with E! ahead of the event — that featured a pastel pink tulle neckline and head-to-toe glitz. Seyfried complemented the shimmery gown with simple silver jewelry, and she gave a subtle nod to her character by slicking her hair into a (much more sleek) low bun and swiping on a bold red lip.

Seyfried is nominated for Outstanding Lead Actress in a Limited or Anthology Series or Movie for Hulu's The Dropout. She's up against Lily James, who played Pamela Anderson in Pam & Tommy, as well as Julia Garner, who played Anna Delvey in Netflix's Inventing Anna.

After this year's nominees were announced, Seyfried spoke to Variety about playing a real-life person as opposed to a fictional character. She noted that she had to play down "eccentricities" so that her performance wasn't so over-the-top. Fans of The Dropout may be left scratching their heads at the idea of Seyfried's version of Holmes as low-key, but she insists that fact is stranger than fiction, especially when it comes to stories like Holmes's.

"You always have to be careful when you're doing something based on factual events that you let the eccentricity of the real story speak for itself," she says. "Truth is always, always stranger than fiction and if you put too much of a spin on things it loses something."

She also spoke about how she was impressed at how many of her fellow nominees were being honored for their performances as real people, including Sarah Paulson in Impeachment: American Crime Story.

"I think women, regardless of their political leanings, are tired of being discussed, legislated on, imagined, lectured to and marketed to by men who haven't bothered to listen or learn," she said. "So, we're seeing a lot of stories about what it is actually like being a woman, in all of our multitude of ways, in this world, rather than what a man thinks it is like to be a woman in their very limited ways." 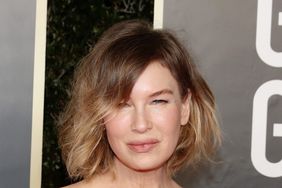 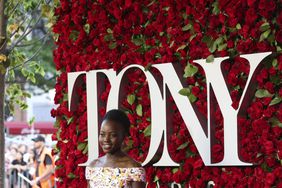