The 2016 award season is at its midpoint, which means we've seen some trends emerge. No, we're not talking about the fashion or the beauty, we're talking about the nominees themselves. You see them walk enough red carpets and you start to notice a few things—particularly, how they manage to captivate an audience, which is no easy feat in Hollywood. How do they do it? Scroll down to see eight stars who have carved out red carpet poses all their own throughout this season. Warning: You'll want to try these at home.

The Sexy Side Eye

Most Utilized By: Cate Blanchett
Cate Blanchett is arguably one of the most daring women on the red carpet. Given her IDGAF attitude toward formalwear—expressed in her affinity for artful, gorgeous gowns, many from Givenchy's Riccardo Tisci—its no surprise that her red carpet poses echo her bold sartorial sentiments. Look for the Carol actress giving attitude on the carpet, often with sexy side eye. Basically, she knows she owns the "runway" there, so let the Queen through.

The Top-to-Bottom Bursting With Joy

Most Utilized By: Brie Larson
We're so happy that Room star Brie Larson is getting recognition for her intense role as a mother held captive, which has earned her nearly every Best Actress nomination there is this year. But no one is more thrilled than the award season first-timer herself, whose inner happiness bursts from every seam of her couture gowns. Her pose is the one that screams, "I'm here to have fun!" The last time we saw this kind of sass and excitement on the red carpet, it was from everyone's favorite young actress, Emma Stone. And it's no wonder we're getting #StoneVibes from Ms. Larson, too. At the Globes, Larson told us that Stone, her BFF, gave her tips on how to rock a red carpet. Well, consider it done.

Most Utilized By: Kate Winslet
Kate Winslet is famously outspoken about how she loves her curves and will never use Botox. So when the Jobs star shows up to an awards show, you better believe her inner confidence shines brighter than any of the diamonds she layers on. As such, she often gravitates toward a power pose: A double hand-on-hip hold that, when struck, says "get outta my way, here comes a winner."

Most Utilized By: Jennifer Lawrence
When you tell women to put their hands on their hips for a photograph, they usually grab their waists, a trick used to cinch in your middle so it looks tinier. Not Jennifer Lawrence. The Joy actress almost always grabs the lower part of her hip—and it's almost always her right hand—which draws out her arm and elongates her figure. You should try it sometime.

The Non-Smile With Clenched Fists

Most Utilized By: Leonardo DiCaprio
For as sexy as Leonardo DiCaprio is, he never truly looks comfortable posing in front of a pit of photographers. But he does it. And he does it honorably—by standing still just long enough to show off his impeccably tailored tuxedo (most likely by Giorgio Armani), with a wry half smile, and clenching his fists. Hey, it may not be the warmest pose, but it's a pose nonetheless. And for Leo, we'll take it. (You get that Oscar, man! We're rooting for you!)

Most Utilized By: Lady Gaga
Lady Gaga walks down any red carpet like she owns the place. It's admirable, really. There is no one more self-assured than she is, and she's seriously done it all. But it's not hard to get Gaga's mojo. Follow her lead and roll your shoulders back, stand tall, and flash a smile.

The Better Half Look

Most Utilized By: Matt Damon
Sometimes the hottest accessory you can have on your arm is the love of your life, and no one proves that more often than Matt Damon and wife Luciana Barroso. Married since 2005, the couple is only getting cuter with time, and there is rarely a red carpet Damon walks without Barroso by his side.

Most Utilized By: Alicia Vikander
The Danish Girl's Alicia Vikander is having her first major awards show season, and she's carefully edged out her own pose in a sea of veterans—a subtle clasp in which she holds both of her hands just below her waist. This should be your go-to if you want to look casual, cool, calm, and collected. 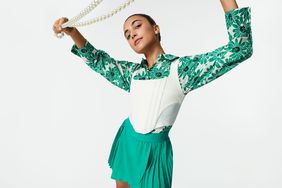 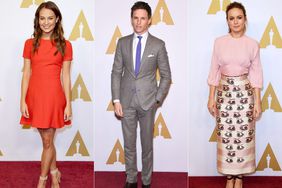 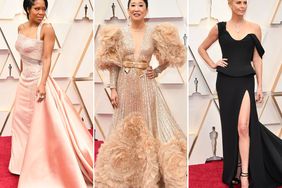 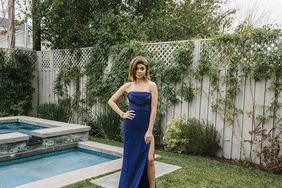