The 2016 awards season is officially underway and Hollywood’s biggest stars turned out on Sunday in Los Angeles for the 73rd annual Golden Globes.

Bold fashion dominated the red carpet outside, while British comedian Ricky Gervais prepared inside the storied Beverly Hilton for his return to Golden Globe hosting duties after a three-year hiatus. The show, which is often looked to as a gauge for predicting Academy Award wins, is also known for being a more convivial, laid-back affair where Tinseltown’s elite share a meal (and endless Moet) together.

From heart-tugging acceptance speeches to pure eye candy gold (ahem, Ryan and Brad), the Golden Globes had us tuned in and getting even more excited for all the fanfare to come this awards show season. Below, 7 of our favorite moments from the evening.

Love him or hate him, Ricky Gervais brought his singular brand of humor (as well as an endless glass of lectern beer) to the show after taking a few years off. Sunday night was his fourth time playing host and, as expected, no one was safe from his jabs.

There’s no stopping the six-time Grammy winner, who can now add a Golden Globe Award to her mantle. “I wanted to be an actress before I wanted to be a singer, but music worked out first,” an emotional (and stunning) Lady Gaga humbly revealed in her acceptance speech.

Being nominated in the same category as your BFF might be hard, but it didn’t seem to drive a wedge between Amy Schumer and Jennifer Lawrence (who ultimately won). Schumer even got a new nickname out of it.

Cute, Even When They're Fighting

There were heart eyes all around when Ryan Gosling and Brad Pitt took to the stage. The Big Short co-stars might have been introducing choice clips from their movie, but frankly, we had a hard time focusing on what this dapper duo had to say.

Empire's leading star brandished actual cookies to her dining companions and colleagues after being called up to accept the Golden Globe for best actress in a drama TV series. In true Cookie Lyon form, she also demanded more stage time to properly give her thanks.

You could see the pride in dad Jamie Foxx's eyes as he introduced his daughter, 21-year-old Corinne Foxx, as Miss Golden Globe 2016. The title is traditionally presented to the daughter or son of the industry’s greatest. Dakota Johnson, Rumer Willis, and Laura Dern are past honorees.

Is This Leo's Year?

Both Leonardo DiCaprio and The Revenant came out on top at the Globes, garnering best actor, best director, and best picture accolades. Will Leo finally get his long-awaited Oscar this year? Perhaps Sunday's win portends a favorable fate for the talented heartthrob.

Tune In as America Ferrera, Dennis Quaid, and More Stars Announce the 2016 Golden Globe Awards Nominees
Miss Golden Globe 2016, Corinne Foxx, on Her Unforgettable Night: "All the Presenters Were So Nice to Me" 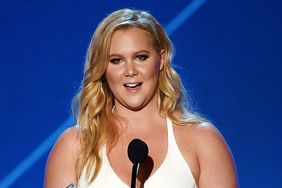 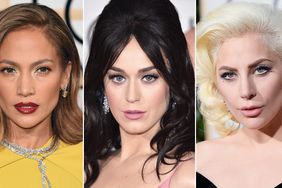 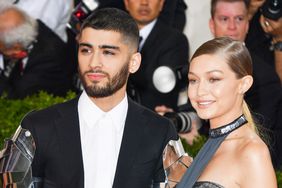