How to Stream the 2019 Golden Globes

The Oscars is definitely the biggest night in Hollywood, but the annual Golden Globe Awards offers something the Oscars can’t — the perfect mashup of top film and television talent, kind of like the Oscars and Emmys rolled into one.

The 2019 awards show will take place Jan. 6 at 8 p.m. ET on NBC at the Beverly Hilton Hotel, with Andy Samberg and nominee Sandra Oh sharing the hosting duty.

Curious about how to watch the 2019 Golden Globes this year? Here are some of the basics, including how you can live stream the Golden Globes online when the star-studded night arrives.

Plan on tuning in to NBC to catch the awards ceremony, which will air on Sunday, January 6, 2019, from 8 p.m. to 11 p.m. ET (5 p.m. to 8 p.m. PT). If past award shows are any indication, you’ll also be able to catch the red carpet and other pre-show events for about two hours before the show starts. Last year, this was the part of the Golden Globes where celebrities discussed the Time’s Up platform and dressed in all black as a way of showing solidarity with the #MeToo movement.

Official plans for streaming have not yet been announced by NBC, but if things play out like last year, there will likely be a few options available for watching the red-carpet arrivals and the ceremony on your computer or phone.

In 2018, NBC offered cable subscribers access to a live stream of the Golden Globes awards ceremony via the NBC website or app. All you had to do was verify your cable provider, according to Entertainment Weekly. The ceremony was also available to non-cable subscribers via services like DirecTV Now, Hulu’s Live TV package, Sling TV, Sony PlayStation Vue, and YouTube TV. The common thread is obviously none of these are free, though some do offer free trial subscriptions.

If you want to get excited about the upcoming awards season, then you should check out the HFPA’s website, where you’ll find video coverage of last Thursday’s nominations, as well as a downloadable list of the nominees to keep handy if you like to guess who will score an award.

The website also features HFPA In Conversation, a series that boasts interviews with celebs ranging from Charlize Theron to Matthew McConaughey to Alyssa Milano.

More Info About the Nominations:

If you need a quick primer on what celebs and films were nominated for the night’s top awards, give the list a once-over before settling in to watch the Golden Globes.

Lady Gaga (A Star Is Born), Melissa McCarthy (Can You Ever Forgive Me?), Lin-Manuel Miranda (Mary Poppins Returns), Penelope Cruz (The Assassination of Gianni Versace: American Crime Story), and John David Washington (BlacKkKlansman) are just a few of the names who made the cut. You’ll also find nominations for several of your favorite films and television shows, including A Star Is Born, Eighth Grade, The Marvelous Mrs. Maisel, Sharp Object, Bohemian Rhapsody, and Crazy Rich Asians.

The press association also announced a new award for lifetime achievement in television, according to The Wall Street Journal. The award would be the equivalent of the Cecil B. DeMille film award of which Oprah was the recipient last year. Nominees for both awards will be announced at a later date.

Get the complete list of nominees in the film and television categories here. 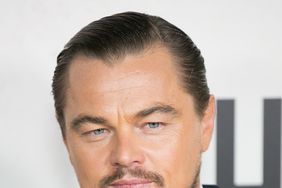 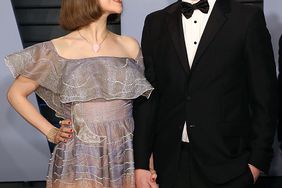