The statement was so short you might've missed it, and people like Michaela Coel deserved way better.

When the nominations for the Golden Globe Awards were announced, the general public was aghast, and rightfully so. Yes, there were many nominations so well-deserved they seemed obvious (the iconic, notably diverse Schitt's Creek, binge-worthy royal exposé series The Crown), but the great surprise stemmed from the noteworthy names and projects that were suspiciously absent from the list.

Spike Lee's Da 5 Bloods featuring the late Chadwick Boseman was completely shut out of the nominations, and while HBO's Lovecraft Country was nominated for best TV Drama, the entire cast was left out of consideration for the acting awards. Michaela Coel's I May Destroy You, a groundbreaking series that masterfully tackles the subject of sexual assault, was also snubbed to the outrage of fans around the world. The fact that Emily in Paris, the campy, much-talked about Netflix show that was largely deemed "background TV," was nominated in its stead is a slap in the face.

It's not enough that Daniel Kaluuya, John Boyega, and Andra Day took home awards for their roles in Judas and the Black Messiah, Small Axe, and The United States vs Billie Holiday, respectively — not when you consider the weight of the films and shows that were snubbed. There should be room for all Black stories in awards shows, especially those that have such a profound impact on the culture, and are not simply reducing us to slave narratives, or behind the scenes help. Our stories are different and complex, and deserve to be recognized.

The noted lack of diversity of the Hollywood Foreign Press Association (HFPA), the organization responsible for the Golden Globe Awards, has been a point of contention many, many times, and this year is no different. Amidst the outrage over the snubs, a Los Angeles Times investigation showed not only the alleged behind-the-scenes corruption, but that the HFPA has no Black members.

It was reported that in 2013 the HFPA had received an application from a Black woman, but she was rejected when the committee said she "didn't meet the standards" — yet a conflicting report says she simply didn't receive enough favorable votes. What's the truth?

Why the "Blackout Tuesday" Initiative on Instagram Is Drawing Criticism

Ahead of the Awards, the HFPA vowed to address the controversy, and they did, but if you blinked, chances are, you missed it. Three representatives (from Germany, India, and Turkey) came out to rattle off a few sentences about how they were listening and learning, and "looking forward to a bright future." There's just one issue: We've heard it before. We've heard "I will never understand, but I still stand" mantras from people and companies after they were rightfully called out for their lack of diversity. Yet within a month or so after they were out of the hot seat, those initiatives largely fell to the wayside. Why not add Samantha Ofele-Prince, the applicant from 2013 who seemed more than qualified, to the organization? Why not set goals, like achieving 10% people of color in the HFPA by 2025, a true follow through of their promise of a "diverse future"?

Until we see an actual approach to correcting this egregious error that has existed for far too long, the HFPA's statement is just lip service, and it won't be long before #GlobesSoWhite is trending. 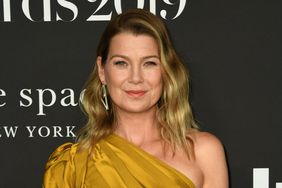