George Clooney on Raising Twins: "Because I Have No Breasts, I Don't Exist"

We can’t be the only ones who think George Clooney is still one of the hottest hunks in Hollywood, right? Well, according to the new proud father of twins Ella and Alexander with Amal Clooney, his newborns aren’t exactly as fond of the star as we are.

Clooney stopped by InStyle, People, and Entertainment Weekly’s portrait studio on Sunday at the Toronto International Film Festival, where he opened up about life at home. “Right now, my kids, because I have no breasts, I don’t exist,” he said. “I pick them up and I give them a bottle and then I hand them back to my wife and they’re happier.”

Don’t think he’s figuring this parenting thing out alone, though. Clooney’s turned to A-list friends like Julianne Moore, the star of the new film he directed, Suburbicon. Moore teased him about gearing up for plenty of playtime. “Wait ‘til the playing starts! You’re going to play for years.”

“I’ll put on a dumb outfit,” he replied proudly, and also shared more details about his late-night dad duties. “There’s no sleep right now. It’s fine. It’s all fine. It’s something I never thought I would be doing. All my friends are laughing at me and thinking it’s funny, and I get it. Fair enough, I gave them a hard time.”

“Just because you happened to have been born into a sort of lucky situation in any way, certainly not into poverty, and certainly into some place of luxury, you want to make sure that they’re empathetic and they’re compassionate, they learn all the things that I was taught as a young man,” he said, adding, “That’s going to be a challenge, to try to constantly remind our kids that being born in one place doesn’t give you the right to just ignore everyone else’s difficulties.”

Moore, a mom of two, agreed, and explained how doing so can become more difficult as children grow up. “As they get older, the issue of them being happy and safe becomes more complicated because they’re no longer right under your nose. They’re kind of out in the world by themselves,” she said.

RELATED VIDEO: George Clooney Has No Plans of Running for Political Office

Thankfully, Clooney has Amal and close friend Julianne to help. 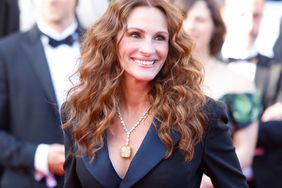 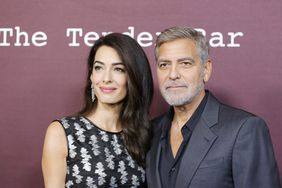 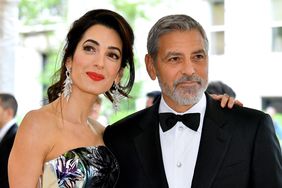