Until next year Park City, Utah! InStyle just wrapped up at the Sundance Film Festival — where we were smack in the middle of Main Street — catching up with all the stars debuting their new films at our pop-up portrait studio. Shailene Woodley greeted everyone with hugs when she came by to discuss her new book-to-movie dark drama White Bird in a Blizzard, while Diane Kruger (in a Chanel skirt and Chloé top) dropped in to tell us about her role in The Better Angels, a film that focuses on the people who influenced Abraham Lincoln in the early 1800s. Elle Fanning filled us in on what marked the 15-year-old star's third trip to Sundance, where she had two films premiering, Young Ones and Low Down. "I'm kind of a pro at this point," she said with a smile in her Isabel Marant karate-inspired look. "But the last time I was here, I was nine. So it's definitely different!" Flip through to see all the behind-the-scenes photos to catch up on everything you missed at the festival.

Click through the gallery to go inside our portrait studio at the Sundance Film Festival!

[action url="Check out exclusive photos from InStyle's portrait studio at Sundance in our gallery!"]

In a Chanel skirt and Chloe top, Kruger was one of the chicest women to hit Main Street, Park City during Sundance 2014 to promote her film, 'The Better Angels.' The movie focuses on the adults who influenced Abraham Lincoln in the early 1800s. "It's about how Lincoln became Lincoln, but also a universal story about how if you encourage children in their natural talents, that they can become great," she said.

'White Bird in a Blizzard' star Shailene Woodley gave everyone in the studio hugs when she came by to discuss her new book-to-movie dark drama. "It happened to be a great departure from things I had done before, so I wanted to explore that world," she said.

This year's festival marked the 15-year-old star's third Sundance—and she had two films here, 'Young Ones' and 'Low Down.' "I'm kind of a pro at this point," she said with a smile in her Isabel Marant karate-inspired look. "But the last time I was here, I was nine. So it's definitely different!"

Kendrick, in a Rails plaid top and EF Collection split dagger necklace, stars in three Sundance films, 'Happy Christmas,' 'Life After Beth,' and 'The Voices.' And for her, this Sundance is like none other she attended before: "I was here when I was 17 and 19, so I can drink for the first time!" she said. "So this Sundance is going to be far superior, I feel."

Hendricks re-teamed with her 'Mad Men' co-star John Slattery to star in his directorial debut, 'God's Pocket.' "On Mad Men it's Matt Weiner's show, and he knows what he wants out of you. This was from the ground up it was John's. You could tell he was happy," said Hendricks.

Not since 'Panic Room' have we seen Kristen Stewart in a role where she goes into such a dark space. In her Sundance flick, 'Camp X-Ray,' she plays a prison guard who befriends a detainee. "My character felt destroyed from the inside out," she said. "I don't know what it's like to play a prison guard, but that was my approach."

Moss returned to Sundance this year with not one but two films—'Listen Up Philip' and 'The One I Love.' Each experience was entirely different for the actress. "There was a lot of improv for 'The One I Love,' and in 'Listen Up Philip,' the challenge was just trying to show where my character was at in the few scenes I had," said Moss.

William H. Macy flew into Sundance in between Broadway shows (he's currently starring in 'Waiting for Godot') to promote his directorial debut, 'Rudderless,' starring Billy Crudup and Selena Gomez—one of the buzziest films of the festival. "It's a deep story with a light touch, which is my style," said Macy, who turned his Hasselblad lens on InStyle's behind-the-scenes photographer for a special project for Sundance Film Festival.

Wood and McBrayer play teachers at a school filled with zombie children in the Sundance flick 'Cooties.' "Working with the children was so sweet, but the tricky thing was when we had to get shots of them being terrifying zombies," explained McBrayer. "They would be laughing the whole time at our scared faces, even when they were in zombie makeup!"

Close stars alongside Flea, John Hawkes and Elle Fanning in 'Low Down,' which is a based-on-a-true-story film about a junkie jazz musician seen through the eyes of his young daughter (Fanning). "I was drawn to this film because it's such a wonderful story," she said. "It's one of resilience and telling that story is incredibly powerful."

Hawke stars in 'Boyhood,' a film by Richard Linklater that follows a boy (Ellar Coltrane) through adolescence in the most realistic way possible—literally filming for 12 years straight. "We started in 2002, and by then I had already made three or four movies with Richard Linklater, so I was torn to just simply work with him again," said Hawke. "It was obvious when he first talked to me about it that we were walking on unpaved road. It wasn't like any other experience and the whole time it continued to be unlike any other experience."

Sundance In 'Life After Beth,' Aubrey Plaza plays a happy-go-lucky zombie girl, who comes back to life to reconnect with her boyfriend (played by Dane DeHaan). "Weirdly enough I actually smile more in this movie more than any other movie that I've been in," said Plaza. "I felt like if there's any movie where I'm going to be really happy and smiley, it'll be in a movie where I'm a zombie and I'm trying to eat people."

Both Hines and Shannon play characters in the zombie movie 'Life After Beth'—though, not zombies. "We talked about when the director went through a breakup and how he felt like it was almost like a death, but the person's still alive and that's kind of where he starts."

McGowan lent her support to St. Jude's Hospital by wearing a beanie provided by the organization to raise awareness and support just after discussing her directorial debut 'Dawn,' which premiered at Sundance. The story is a highly-stylized short film with a dark twist. "I wanted people to laugh, then get slightly uncomfortable, then be horrified," she said.

For 'Song One,' Steenburgen stars alongside Anne Hathaway, who also produced the film. "I loved that Anne was producing for the first time," she said. "I produced a movie years ago, so I know it's a real labor of love. I knew she'd do a great job, and she did."

A crossing of paths happened at InStyle's pop-up portrait studio when the star of 'Love Is Strange' John Lithgow ran into 'Cold in July's lead Michael C. Hall. "Sundance is a little chaotic, but it's fun and it's nice to catch up with your cast and have a good time," said Hall.

Starring in the sci-fi thriller 'I Origins,' Marling plays a scientist who makes a stunning discovery with profound existential implications opposite on-screen husband Michael Pitt. "It's a complicated subject and story matter, about love and trust and the possibility of more than one true love in a lifetime," said Marling, wearing a full look by Christopher Kane. "I think those are things that we all wrestle with."

"I can't help it, I'm just such a proud mom!" the star of Sundance hit 'Ping Pong Summer' said with a huge smile as she showed off the 10-page fashion feature starring her daughter Zoey Deutch of the forthcoming film 'Vampire Academy' in the February 2014 issue of InStyle.

Starring in the new six-episode series, 'The Red Road,' Nicholson (in Parker) plays an alcoholic wife. "It was very exciting to challenge myself in that way, but it was also exhausting." The show will air on the Sundance Channel. 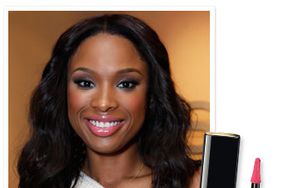 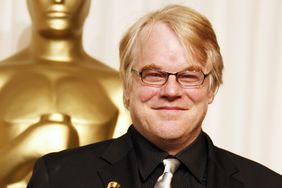 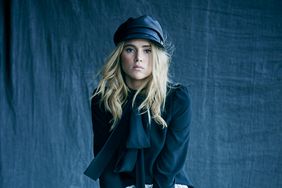 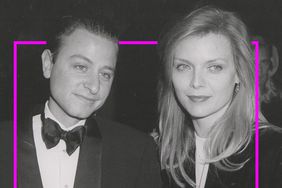