Super couple Beyonce and Jay-Z chilled out at the VIP Room inside Palm Beach when Jay hosted a party for his Armand De Brignac champagne. Fellow rap mogul P. Diddy showed up to toast the duo before heading out to dance the night away at the Dolce & Gabbana bash.

Natalie Portman (in a Balmain dress and Lanvin jacket) made a surprise appearance at the Dolce & Gabbana bash accompanied by singer Devendra Banhart. Notable guests like Lindsay Lohan and Sean Combs danced the night away to a soundtrack of pop and hip hop mixes provided by Samantha Ronson, while curious onlookers craned to get a look at their famous footwork.

What was actress Kerry Washington wearing at the Dolce amp Gabbana party? "Dolce, of course!" said the L'Oreal spokeswoman of her fabulous fringed frock. Naomi Campbell enjoyed a night of post-birthday partying with pals Domenico Dolce and Stefano Gabbana.

Lindsay Lohan touched down in Cannes just in time to make it to a party aboard Sean Combs' private yacht. Other stars who have arrived to join the social scene-which shows no signs of slowing down-include Jay-Z and Beyonce, who were recently spotted in Nice.

Salma Hayek hit the fashion jackpot in a smoky strapless YSL gown and Chopard diamond and emerald earrings at the Partouche charity poker event. The following evening, the lovely Latina chose to lighten up for the premiere of Indiana Jones and the Kingdom of the Crystal Skull.

Bono continued to partyhop his way around Cannes with a stop at the annual Vanity Fair party at the Hotel Eden Roc. The U2 frontman chatted up Spanish stunner Penelope Cruz, who went to the dark side in a sexy frock by Dolce & Gabbana.

vets Harrison Ford and Karen Allen made their newest co-star, Shia LaBeouf, feel like part of the family at the after-party for Indiana Jones and the Kingdom of the Crystal Skull. How did LaBeouf feel about joining the cast for the latest installment of the action-packed series? "amp#91;There was a stuntamp#93; on motorcycles and I was driving with Harrison on the back. I knew if I went down, the movie was over," the young star recalled.

Maria Menounos (in Monique Lhuillier) took a break from her duties as a correspondent for Access Hollywood to board the Bud Light yacht for the Pink Elephant party.

Eva Longoria Parker looked mighty fine in a Zang Toi feathered dress when she hit a beach bash at the Cannes outpost of Nikki Beach Club. Longoria Parker stopped by the dj booth before kicking her heels up on the dance floor with friend and hair stylist Ken Paves.

Mischa Barton went asea for the Nosebleed cocktail party, held aboard the Bud Light Yacht. Barton, who has two films at the festival, recently relocated from Los Angeles to Paris. "I'm living in Paris right now so I thought I would come down for a few days," the British-born actress told People.

After glamming it up for the red carpet, Julianne Moore switched to a sleek yet chic look to join Blindness co-star Gael Garcia Bernal for the film's after-party.

Eva Longoria Parker dazzled the dinner crowd in a gold sequined Ferragamo dress at the opening night party in honor of the film Blindness, held at the exclusive Carlton Hotel.

Bono was among the famous friends of Petra Nemcova who came out to support the model when she announced her new documentary project, Love Evolution, during a cocktail party at Nikki Beach. Sean Penn and wife Robin Wright Penn were also on hand to hear Nemcova talk about the power of love.

Dita von Teese got glam for a party-where Cointreau Teese specialty cocktails were mixed in her honor-to celebrate the documentary, Roman Polanski: Wanted and Desired at Nikki Beach. Hollywood hot shot Harvey Weinstein led the burlesque star across the room to introduce her to his wife, Marchesa designer Georgina Chapman.

Jada Pinkett Smith chose Cannes as the site for her directorial debut, premiering her film, The Human Contract. After a special screening of the film for industry insiders, Smith and Contract star Paz Vega, helped host a celebration of Spanish and South American cinema aboard the Bud Light Yacht.

Singing sensation Lily Allen (in Chanel) made the most of her vacation on the French Riviera, hitting a bash for the novel-turned-flick, How to Lose Friends and Alienate People, hosted by British GQ.

With a little help from her Swarovski bling, Kelly Rowland dazzled the crowd at Greenhouse during a benefit for the Prince Albert of Monaco Foundation. Petra Nemcova, Maria Menounos and Star Jones also stopped by the bash, sponsored by Grey Goose vodka, to show their support.

Music phenom Mark Ronson helped Jade Jagger unveil her $250,000 Jagger Dagger ice pick for the Cannes crowd during a party at the VIP Room at Palm Beach. P. Diddy, Dean Cain and Goldie Hawn were among the stars who hot the glitter-strewn nightclub to dance the night away to Ronson's favorite party tunes.

Petra Nemcova planted one on P. Diddy when the rap star stopped by a Moroccan-inspired bash on Denise Rich's yacht, Lady Joy. As guests toured the luxury liner, they also stopped to get a look at Diddy's boat, which is tricked out with an alfresco lighted dance floor. 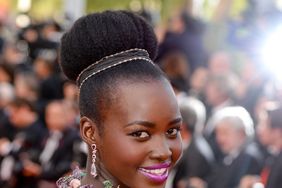 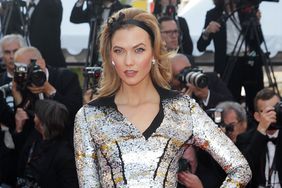 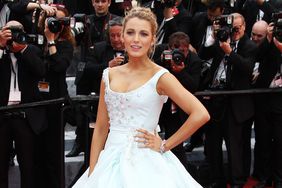 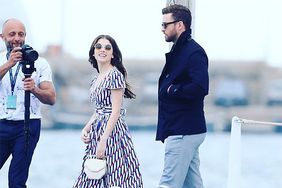 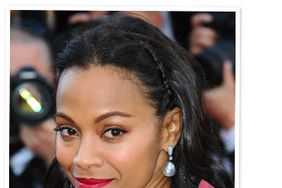 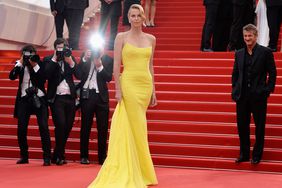 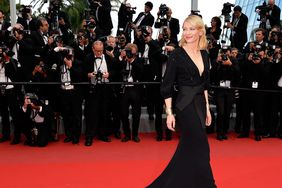 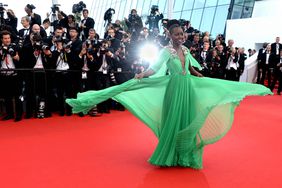 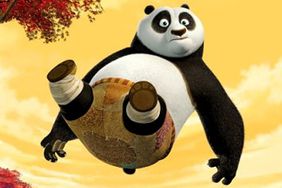