New York Fashion Week ended on Wednesday with big, brassy collections from a pair of seasoned showmen – Michael Kors and Marc Jacobs – both of whom stirred up a lot of noise. Outside Jacobs’s show at the Park Avenue Armory, there was a large demonstration by fur protesters who were screaming loud enough to be heard a block away, but even they couldn’t drown out the volume of the clothes that were being shown inside.

For the third season in a row, Jacobs showed his collection on a stripped-down set, with minimal lighting, and this has helped to focus the audience’s attention to his designs. While Jacobs is rarely conventional, he went further on the flamboyance scale this time than perhaps since his controversial Fall 2005 collection of dress so voluminous that skeptics derided them as clown smocks. But much has changed since then. People dress weird all the time now. Gym clothes look like streetwear and streetwear looks like couture and couture looks like gym clothes. So how does a designer like Jacobs keep anyone’s attention?

As it turns out, with a collection like this. “Huge flourishes, gestures, broad strokes and silhouettes expressed in rich and gorgeous fabrics…” promised the program, and the biggest statement of all came in oversize coats and dresses with shoulders so broad the models looked like they had been swallowed up by linebackers. Not only were the shapes bold, so were the colors of the opening coats: A bright red topper with a matching scarf attached, a magenta peacoat, a teal cape and a marigold cape. These bright looks, silhouetted in the dark space, had the attitude of old fashion illustrations from the Seventies, but also a cartoonish quality. The exaggerated shoulders, harlequin colors, and broad-brimmed hats had editors making comparisons to Jim Carrey in The Mask. Someone behind me asked, “Where in the world is Carmen Sandiego?”

The designs were indeed playful and invited such references, but they were also serious, as the bright looks were punctuated with sober black coats that were large in volume, but not as absurdly so. And the jewel-toned moiré silks that closed the collection were super dramatic, topped with enormous bunches of fabric or serene sashes that extraordinary in their construction. Rather than sparking controversy, some of these dresses might end up being described in today’s fashion world as wearable.

At Calvin Klein, Raf Simons Tests the Limits of the Space Age, with a Nod to Jiffy Pop

Kors took his collection uptown to Lincoln Center this season and handed out programs that looked like Broadway Playbills. He is a big fan of the theater, and it would have been really wonderful to see a collection from him inspired by “Porgy and Bess,” or “The Women,” which I think would be really glam. Instead, we got a mashup of punk tartans, camo, and animal prints, and a soundtrack that changed every few beats from Beyoncé to Paul Simon to Prince to Rihanna to the “Peanuts” song to Diana Ross to the “Sex and the City” song, as if there was an annoying person in the car who won’t stop changing the radio stations.

The collection, too, seesawed from the youth-driven clashes of red plaid with yellow plaid to more sophisticated cocktail attire that looked nostalgic for a Gershwin tune. Models wearing shiny black sequined formal attire – a suit, a smoking, a terrific backless dress – were at odds with those in shower shoes and collegiate sweatshirts, and somewhere in there was a guy wearing a too-long mohair sweater in a Big Bird shade of yellow. The accessories looked classy, including striped totes with the designer’s name in a vintage looking script, like that of a bygone retailer (who knew Fred Hayman was going to be such a muse this season?). And yet another element was seen in a few looks that incorporated portraits by the fashion illustrator David Downton, charming in their own right, and bright enough to stand out among all the noise. 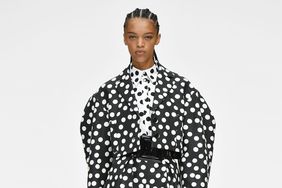 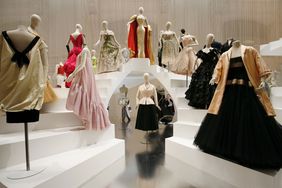 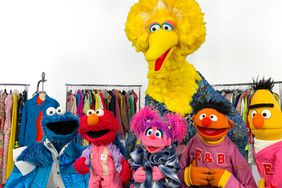 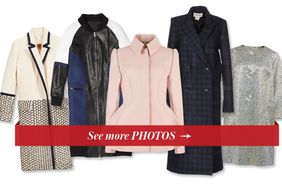 Fall Fashion and Shopping: 20 Coats to Change Your Life 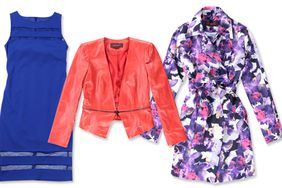