Being Gorgeous and Fat Are Not Mutually Exclusive

A mural at Fashion Week that's meant to be body-positive has people questioning its messaging.

On Thursday, the first day of New York Fashion Week, as I waited in line for a show at Spring Studios, packed in with other editors and influencers, I noticed something different about the entrance to the venue where the majority of shows take place: There was a wall-sized pink mural with cheery gold frames and Instagram-friendly messages, like, YOU ARE PERFECTION, and CARBS ARE NOT THE DEVIL.

Waiting for the elevator, one framed mantra in particular caught my eye: YOU DO NOT LOOK FAT. It was right next to: YOU ARE GORGEOUS.

I'd just come from a show at the Chelsea Piers that didn't feature a single plus-sized model. The implication of those two messages next to each other on the mural, in the context of an event that has a long way to go in terms of body diversity, is that fat and gorgeous are mutually exclusive.

That wasn't the artist's intent. I spoke to artist-in-residence Ashley Longshore on the phone, and she told me that the goal of the piece was optimism and positivity. She said, "I wanted to throw some serious optimism at all those people who are walking in to see those shows. Because there's too much comparison, and negativity, and I find there's never been a better time than right now to be celebrated for what makes you different."

I asked her about the messaging in her mural versus what actually happens during NYFW — namely, designers who refuse to cast plus-size models (last season, just 1.7% of all models were plus). Longshore herself is a plus-sized woman, and a fierce advocate of self-love at all sizes — her previous work supports it. She responded, "There's so many clothes out there that I would love to wear, but I can't — yet. But they will not ignore me forever, because they need me." She continued, "It will get better, it is getting better."

Because of where it's placed, the artwork has the power to set the tone for the entire event. But given the reality of the fashion world — body diversity on the runway actually decreased last season from the season before it — there's something insidious about the disconnect.

I asked her what she thought about the implication of YOU ARE GORGEOUS versus YOU ARE FAT, and her answer surprised me. She said, "I mean, I think even if you're a size 24, you don't look fat. You look like you."

I explained my thought process — that by insisting someone isn't fat, the implication is that fat is the worst thing they can be. "But you're saying somebody is fat," she said. "And I'm telling you that no one is fat."

She continued, "Look at Lizzo. She fucking owns that shit. Why is everybody obsessed with her? She's confident. Lizzo's not fat. She's fucking gorgeous. She's Lizzo. There is no fat."

There is no fat. I understood her logic, in a way: If we take the language of fat versus skinny out of the equation, and focus on women's power as liberated from aesthetics, the world would be a much better place. But since the artist does use the word fat (specifically as something the gorgeous, perfect viewer decidedly isn't), that's not what's happening here. Instead, it speaks to a kind of fat blindness, which is inconsistent with the way the majority of the industry actually treats fat people.

Fat is a word that's been reclaimed, thanks to the work of fat activists, a movement that began in the 1960s and continues today. But that's a major difference between the world of body positivity and the actuality of what goes down at New York Fashion Week. And the former is definitely way ahead of the latter, but that doesn't mean we should ignore fashion's very real and very ongoing problem with body diversity. While influencers are reclaiming their own fatness, to have the official art of NYFW scream YOU DO NOT LOOK FAT at us as we wait in line to see a runway that will undoubtedly be full of skinny women feels like a hit and a miss.

The Queer Fashion Event Not Enough People Are Talking About

I am not plus-size, but in 2017 I was diagnosed with anorexia, and my post-recovery life has me hyper-aware of the kind of messaging that allowed my eating disorder to flourish in the first place. And what about all the plus-sized women who have proudly reclaimed fatness? What about everyone standing in line for a show reading "YOU'RE NOT FAT" and thinking, "Well, so what if I am?"

I asked plus-size fashion and beauty writer Sarah Conley what she thought of the mural, and she said, "Fat is not a feeling. Fat is a neutral descriptor, like being tall or blonde."

She continued, "I look fat because I am fat, but that doesn't preclude me from being gorgeous — or perfect, as another quote said — and I am both fat and gorgeous simultaneously." For her, the art, regardless of its intent, was "clinging to antiquated beauty standards and reinforcing those ideals to the industry who poisoned our minds to begin with."

Sesali Bowen, a plus-size activist and senior entertainment editor at Nylon, said that "YOU DO NOT LOOK FAT" was disheartening, because it reinforces the idea that fashion doesn't welcome fat bodies. "The idea that the further you are from ‘fat,’ the better, is a staple that lingers," she told me.

That might not have been what the artist had in mind, but without any context, the mural does appear to imply the same messaging that's always been at the heart of mainstream fashion: that there is one ideal way to have a body.

Longshore, though, is adamant that her message is purely positive. "Beauty is being exactly what you fucking want to be," she said. I wish the mural had simply said that. 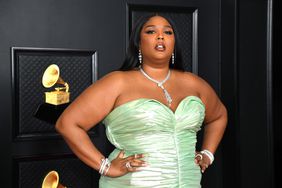 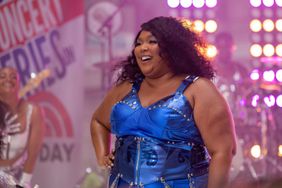 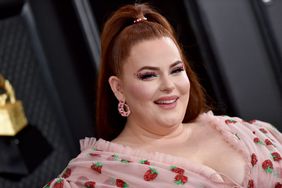 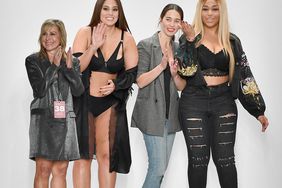 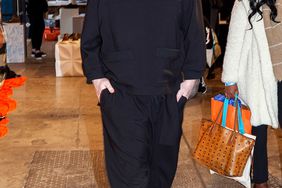