It takes a lot of guts to cast the actual Eiffel Tower as the backdrop for your fashion show, but Anthony Vaccarello, the young star now at the helm of Saint Laurent, has plenty of that already. No one was going to choose to follow Hedi Slimane at the ultimate house of Parisian provocation unless they have confidence, and watching the relatively untested Vaccarello take on that role has been both exciting and, I must say, a little terrifying.

It helps, of course, that Saint Laurent has money. Lots of it, one would presume, given that the company invited guests to a fashion show on Tuesday evening that was presented on a stage constructed over the fountains of the Trocadero at dusk, with a direct view of the Eiffel Tower. At exactly 8:03 p.m., the tower began its nightly shower of twinkles and the show began, with models materializing out of clouds of dry ice, stomping their way across a long plaza before an audience of jaded industry professionals on one side and casual tourists who happened to be in the right place at the right time on the other. I’m pretty sure jaws were dropped on either side.

Vaccarello, before he was at Saint Laurent, became the young stud of Paris by dressing sauna-hot models in shrink-wrapped dresses no larger than your average cocktail napkin. Some of his designs could be used as dental floss in a pinch. Thus, he was a natural to pick up the legacy of Saint Laurent. And this he did once again with an expansive spring collection that challenged the very nature of physics, at least in the sense that most of us, until now, thought it physically impossible for a designer to create a hemline any shorter than a miniskirt. But Vaccarello did in one recurring motif of this collection, cutting arches into his dresses and skirts so that the legs were exposed up to the hip, and all that remained was a flap of fabric that modestly flapped over the models’ danger zones.

Being that this is Saint Laurent, it is Vaccarello’s job to provoke, which he obviously did as a colleague immediately complained about the act of dressing young women in such revealing dresses, and shoes that some had trouble walking in.

Happily, this collection had many other fine options for those who prefer their bits covered. There were fabulous poufs galore, including some mini dresses consisted of nothing more than a cloud of fluffy fabric with a bra-top attached. There were feathered boots that looked smashing as they fluttered along the runway. There were crystal-dipped stilettos and poet blouses and macramé tops and frothy feathered poufs, too, all of which challenge convention and will undoubtedly drive a craze for more revealing clothes.

By contrast, Maria Grazia Chiuri has also experimented with transparency and exposed undergarments during her first year at Dior, but from a decidedly feminist vantage. Though her new look often features a see-through dress on top of Dior-branded panties, the briefs are often of the granny variety, with high waists and a good degree of coverage. Chiuri has incorporated feminist literature and artwork into her design aesthetic, too, this season inserting copies of Linda Nochlin’s 1971 essay, “Why Have There Been No Great Women Artists?” into her program notes for a collection that paid homage to the cartoonish artwork of Niki de Saint Phalle, whose monumental sculptures and crude drawings were often dismissed in her lifetime. Her childlike drawings of snakes and dinosaurs and hearts and spiders figured into embroidered designs on Chiuri’s tulle dresses, charming, but also likely to be divisive, which probably appealed to her. Chiuri is not adverse to stirring the pot.

But there were more than a few wearable designs that stood out in the Dior show, like a loose pastel sweater knit with swirling paisleys, and short denim jackets made in patchwork, each illustrating the value of a woman’s perspective when it comes to creating clothes for women. Those Saint Laurent designs made for a memorable runway image, but the Dior collection looked a good deal more wearable. 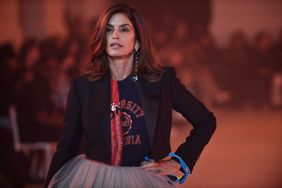 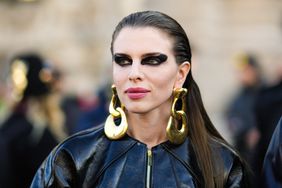 Actually, Super Bold Eyeliner Is So Hot Right Now
How the Leotard Dress Code of the '80s Set the Stage for Your Yoga Pants 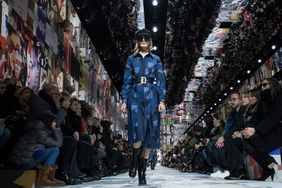 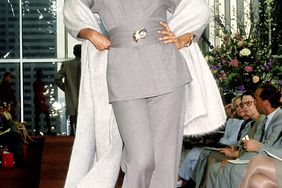 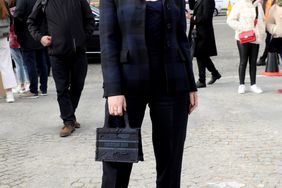 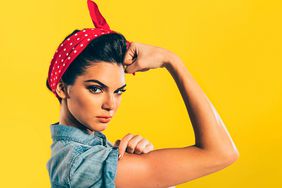