"What I love about Tommy's clothes is that they're just so easy to slip into," said Selma Blair, looking mod in a white dress and black patent-leather accessories on her way into Tommy Hilfiger's show. Another person who appreciated the ease of wearing Hilfiger's clothes was Natasha Bedingfield. "I only got two hours of sleep last night because I was out partying. But that's Fashion Week, isn't it?" said the singer. What will she do to recuperate? "I'm leaving for Cabo tonight!" she exclaimed.

After taking in Rebecca Taylor's fashion show at the tents in Bryant Park-"This is the first and only show I'll be attending this week," said Jamie-Lynn Sigler-the actress hosted an after-party for the designer at AVA Lounge in the Dream Hotel.

Arriving with a full camera crew in tow, reality TV-star Tori Spelling turned heads while taking her seat at Project Runway winner, Christian Siriano's show. The 90210-alum (wearing a dress by the designer) whipped out her Flip video camera and recorded the models stomping down the runway in Siriano's monochromatic brown confections and sky-high heels.

Singer Mary J. Blige and actress Mena Suvari came out to support designer Catherine Malandrino at her Fall 2009 fashion show. Malandrino showed a surrealist-themed collection of long and lean dresses and fur-trimmed jackets, ironically called "Over the Rainbow," at the famous Rainbow Room in N.Y.C.

The Malandrino show also brought out One Tree Hill's Sophia Bush and Gossip Girl's Michelle Trachtenberg. After attending the Herve Leger by Max Azria show, the jetsetting Bush flew to North Carolina to shoot scenes for her show, only to turn right around and head back to N.Y.C. for Malandrino.

Before the Ralph Lauren show began, Blake Lively (in Ralph Lauren) chatted enthusiastically with other front row guests, including Polo Ralph Lauren S.V.P. David Lauren. "I'm a huge fan. I wear Ralph all the time," said Lively. The Gossip Girl star smiled as she watched the elegant collection of sleek gowns, tweed suiting and winter-white separates pass by. "I loved the black evening gown that started the show," she said afterward, "and you might see me in one of the white looks at the end."

host Heidi Klum looked hot in a pink suit from Matthew Williamson's Spring 2009 collection (and Stephen Webster jewelry) when she came down the catwalk to announce the start of the show. "This will be a little different. We're all in a bit of limbo right now," she told the crowd. None of the Season 6 episodes have aired, so the three finalists remained a mystery throughout the fashion show. 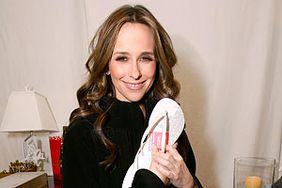 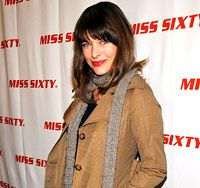 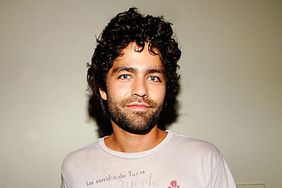 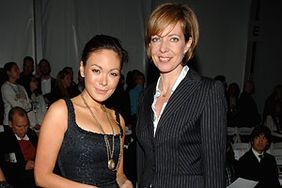 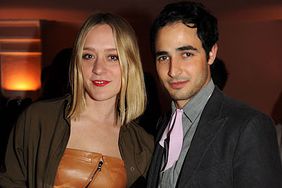 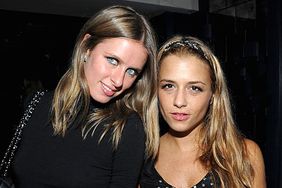 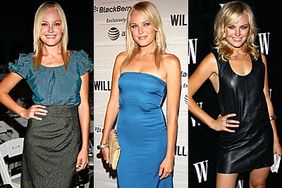 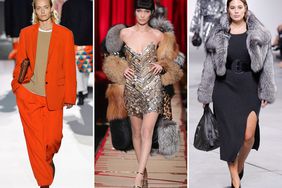