Though she looked perfectly put-together when she took her seat in the front row at Diane von Furstenberg next to Sophia Bush and Molly Sims, Shenae Grimes admitted that she'd had just a few minutes to change her look from the previous show. "I changed backstage. There was a security woman eating her sandwich in this makeshift closet. It was an interesting experience," said Grimes. "But it worked out well, and it's nice because there are hair and makeup people all around to help you out!"

"It's Valentine's Day, so I wanted to show off a girly side," explained Michelle Trachtenberg of the flirty frock she chose to wear to the Rebecca Taylor show. Trachtenberg joined Kristen Bell and Mena Suvari for a first look at Taylor's latest collection, which mixes her trademark feminine feel with some decidedly masculine pieces.

star Kate Walsh made her Fall 2010 Fashion Week debut at Catherine Malandrino, where she ran into a multi-tasking Whitney Port. "I usually work out, but I haven't in the past couple weeks," Port admitted. "I've been really busy trying to put together my presentation for my own collection."

star Alison Brie was a girl transformed when she bumped into Gossip Girl's Jessica Szohr backstage at the Herve Leger by Max Azria show. "The Herve Leger line is sexy and edgy. I'm a California girl born and raised, but when I'm in New York, I like to play up that edge," said Brie. "It's so rock and roll."

Designer Max Azria welcomed friends like Sophia Bush to his Herve Leger show, the second of three he'll present this week. "This collection is inspired by strong women-it's extremely feminine," explained Azria. "When a woman wears Herve Leger, she wants to look sexy."

gave the crowd at Betsey Johnson a Valentine's Day surprise when she led the line of models down the runway to kick off Johnson's show. "I got Betsey a singing telegram for Valentine's Day and to say thank you for asking me to be a part of her show!" Osborne tweeted about the experience.

and Jason Schwartzman led the cool crowd to The Ace Hotel for the Opening Ceremony bash. Josh Hartnett, Chloe Sevigny and Michael Stipe were also in attendance at the Havianas-sponsored party, which included a performance by The Dirty projectors and a DJ set by Solange Knowles.

and Zac Posen headed downtown to celebrate the latest issue of Purple magazine at a Belvedere-sponsored bash at N.Y.C. hot spot Kenmare. 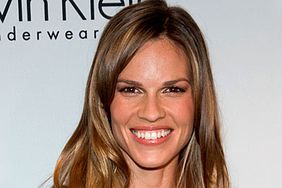