In more ways than one.

The 79th annual Venice International Film Festival brought well-dressed celebrities from distant locales (like Calabasas and even as far away as Malibu) last week to the Italian city for a week of film premieres, parties, and red-carpet fashion. And while cinephiles (namely me) were rooting for Brendan Fraser's well-deserved comeback role in Darren Aronofsky's The Whale, all eyes were on the cast of Don't Worry Darling — and for good reason.

The film has not been without controversy – and it largely seemed to be losing steam until yesterday's Venice Film Festival press in which castmates Gemma Chan, Olivia Wilde, Chris Pine, and Harry Styles attended dressed in their red carpet best. Florence Pugh, who was scheduled to miss the event as her flight wouldn't land in time from Budapest, also surprised fans with an appearance (Aperol Spritz in hand), sauntering into the city wearing a relaxed purple three-piece from Valentino and launching a million "Miss Flo" memes in the process.

There was plenty of speculation in the air with rumored couple Styles and Wilde sitting noticeably far apart (they continued to do so, even at the screening of the film) and a Twitter-fueled spitting controversy between Styles and Pine (an event which both parties have since denied), which left plenty of people confused and wanting more. At any rate, though it may not have been the main character last night, the fashion did not disappoint.

Ahead, see all the cast looks from the premiere of Don't Worry Darling.

Harry Styles, as he's often wont to do, kept things loose, with a head-to-toe Gucci look for his arrival to the event. A gorgeous baby blue silk scarf tied around his neck, a relaxed cream pinstripe blazer, 70s flares, and a fitted wife pleaser.

On the red carpet, the As It Was crooner kept up the '70s theme in another Gucci ensemble — this time with a larger-than-life collar, oversized sunglasses, a navy double-breasted blazer, and another set of flared trousers

Don't Worry Darling Director Olivia Wilde arrived with the wind in her hair and a stylish emerald green two-piece from Chanel, her stylist Karla Welch helping keep her cool for those unpredictable Italian weather changes.

Later in the evening, on the red carpet, Wilde was a ray of sunshine in a blinged out, flowing canary yellow dress from Gucci. Turns out she and her man have similar taste when it comes to fashion.

Chris Pine – my personal favorite Hollywood Chris – looked regal in red wide leg trousers, a perfectly tailored navy double-breasted blazer, a posh pocket poof, and a relaxed cream blouse — a full look from Giuliva Heritage. As per usual, the outfit was pure '70s nostalgia, and if there's anything I've been shouting from the rooftops, it's that the 70's are back baby!

I mean just look at him! This is the face of a man without a care in the world, he is not worrying darling!

On the red carpet, Pine donned a muted, neutral linen Ralph Lauren look in a dark umber jacket (which he later removed to snap photos of co-star Pugh) and matching bowtie, with cream linen trousers.

There's a reason it's called "fashionably late," and Florence Pugh – fresh off a flight — looked exactly that in a gorgeous, gem toned three-piece from Valentino, matching purple heels, and a spring in her step for good measure.

Moments later — with the help of stylist Rebecca Corbin-Murray — Pugh stole the show and wowed the red carpet onlookers (and celebrities alike) in a dazzling sheer Valentino ensemble, with gorgeous feather details at the ankle. Pugh was absolutely glowing, giving Old Hollywood glamour.

At the photocall, Gemma Chan brought the edge in a sharp, structured gold lamé pant and ruffled top, both by Louis Vuitton

On the red carpet later on, Chan continued the metallic mood with another elegant look from Louis Vuitton in the form of a silver cross-neck halter dress, reminiscent of the '70s disco era

While the actual film release isn't for another two weeks, that doesn't mean we can't spend our time drooling over these luxurious looks. 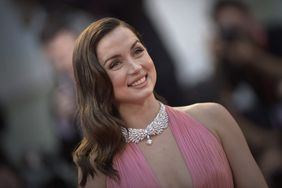 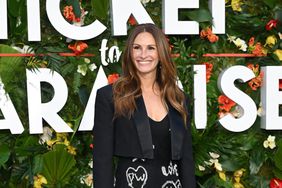 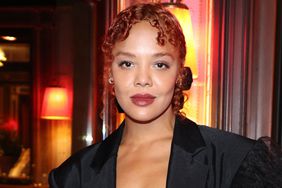 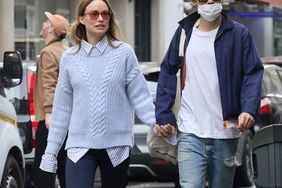 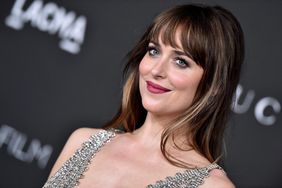