We love an unbothered queen! Or should we say, witch.

Ariana Grande isn’t here for claims that she’s no longer a singer (need we remind you that she’s currently filming the biggest movie-musical of the decade?). But instead of clapping back with a shady post or a sassy one-liner, the Wicked star just addressed the trolls by letting her stunning voice speak for itself — all while wrapped up in a cozy Glinda-esque sweater that positively screamed unbothered.

On Friday, the Grammy-award-winning songstress shared proof that she does, in fact, still sing by posting an a capella cover of Judy Garland’s “Somewhere Over the Rainbow” on TikTok. Filming the clip on set of the film adaption of Broadway’s beloved classic, Wicked (which will release in two full-length installments), Grande bundled up in a gigantic pink hooded sweater blanket, which she used to conceal her character Glinda’s blonde hair.

Responding to reactions that she’s not a “singer anymore,” the star accompanied the cover with on-screen captions that read, “[I'm] literally on set filming two musical movies all day every day,” and “*mid getting ready* *hiding Galinda’s hair.*”

She added, “Wanted to sing you a little something but don't want to sing anything that is not "Ozian" at the moment. Keeping to my little bubble for now … done with lots of love.”

Cynthia Erivo, who will star alongside Grande as Elphaba in the films, was quick to come to her co-star’s defenses, reposting the pop star’s TikTok onto her Instagram account with a sweet note: “She is and always will be a singer, she just happens to be able to do more than that!!!" Erivo wrote. "Now…as you were…we're working!!! 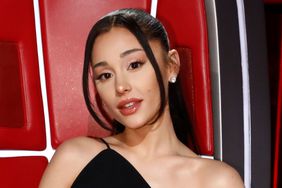 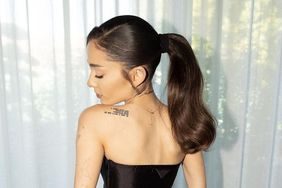 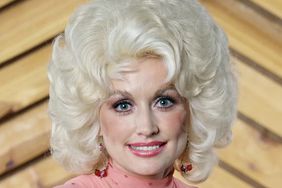