"Be happy for women. Period."

Anne Hathaway isn't here for her haters anymore. In a moving speech, she addressed all the hate that she had to endure after her 2013 Oscar win, which seemed to bring out trolls from the furthest depths of the internet. They came for her body of work, her actual body, and seemed to hurl just about every insult at her (all summed up in an article she found titled "Why Does Everybody Hate Anne Hathaway?"). Hathaway spoke about having to endure all of that toxic criticism and coming out on the other side — wearing Valentino and hanging with Zendaya, so really, who came out on top? — and telling everyone that things would be better if everyone could just be happy for other people and their successes.

"Be happy for women. Period," she said during her acceptance speech at Elle's Women in Hollywood event last night. "Especially be happy for high-achieving women. Like, it's not that hard."

"Ten years ago, I was given an opportunity to look at the language of hatred from a new perspective," Hathaway continued. "For context — this was a language I had employed with myself since I was 7. And when your self-inflicted pain is suddenly somehow amplified back at you at, say, the full volume of the internet ... It's a thing."

"When it happened to me, I realized that this wasn't it. This wasn't the spot," she said. "When what happened, happened, I realized I had no desire to have anything to do with this line of energy. On any level. I would no longer create art from this place. I would no longer hold space for it, live in fear of it, nor speak its language for any reason. To anyone. Including myself."

"Because there is a difference between existence and behavior," she continued. "You can judge behavior. You can forgive behavior or not. But you do not have the right to judge — and especially not hate — someone for existing. And if you do, you're not where it's at."

Hathaway finished with a note to everyone choosing to focus on the negative and spread hate, saying that it is a learned behavior, so it can be unlearned if people are willing to do the work.

"The good news about hate being learned is that whoever learned it can learn," she said. "There is a brain there. I hope they give themselves a chance to relearn love." 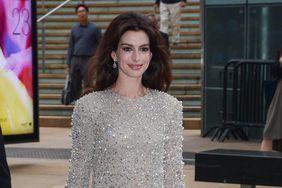 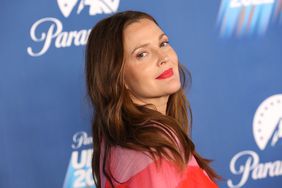 Drew Barrymore Cleared Up Those Rumors That She "Hates Sex" 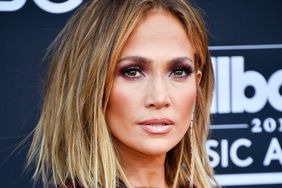