Score up to 70 percent off brands like Orolay, JW Pei, Dr. Martens, and Ray-Ban.

Christina Oehler is a beauty commerce editor at InStyle and Shape. She pitches, writes, and edits everything from beauty and fashion to health and wellness content.

TBH, I used to hate Black Friday. The pressure to impulse buy in a single day stressed me out, and don’t even get me started on in-store Black Friday shopping (*shivers*). Thanks to Amazon, however, I’m less apprehensive about shopping during the chaotic holiday now. Though extensive (we’re talking thousands of deals), Amazon’s Black Friday event makes shopping virtually painless — and to sweeten the pot even more, I put together a list of the 15 best fashion picks on the site so you can browse stress-free.

Since I regularly splurge on fashion and beauty products, I’m particularly pumped that the discounts are still in full swing, even after Black Friday. When I see a sale on a premium brand, it’s going straight in the cart — and unfortunately for my wallet, through checkout, too. But if you have healthier spending habits, you may not be as fazed by the 15- to 20-percent markdowns. I promise you, however, that these savings are worth it, going as high as 70 percent. Here, you’ll find the best Amazon fashion deals on editor- and celebrity-approved clothing, shoes, and accessories to shop, from brands like JW Pei, Ray-Ban, Swarovski, Adidas, and Cole Haan.

I say this in total honesty: I own seven different silky slip dresses. I can’t help myself — they’re so versatile, timeless, and trend-proof, so I never worry the look will go out of style. This silky slip dress from The Drop looks just like my favorite of the seven; the long, slightly-fitted silhouette is elegant and formal enough to wear to a wedding. It can also be dressed down, and I personally do so by layering it over a long-sleeve white turtleneck. I can’t stress this enough: A sale on a staple slip dress is one you never want to pass up.

My last winter jacket was from Cole Haan, and it lasted me nearly a decade. The quality of the brand’s outerwear is second to none, and according to nearly 200 five-star ratings, it seems like other shoppers agree. I love the unique cut of this coat, too. It has two separate zippers: One short, jacket-length zipper to keep the coat securely on your body while providing breathing room, and a full-length zipper for the traditional parka look. Either way, you’ll look stylish and take solace in the fact that this outerwear will last you a long time.

A quality leather bootie is a wardrobe staple that will withstand the test of time, and The Drop’s Ibita side-zip bootie is the pair I’m buying this season. Available in five neutral colors, the boots are made from 100 percent vegan materials, so you can feel good about your environmental impact, too. Wear these versatile shoes to work, on a date, or to run errands — their 3-inch block heel will let you go hours without foot pain.

If you didn’t see a JW Pei bag this summer, you’ve been living under a rock (sorry, but it’s true). This affordably-chic handbag brand has gained a celebrity following (including Emily Ratajkowski), and as a result, exploded in popularity in the last year. This Maze bag is my personal favorite from the brand. It looks as luxe as a designer bag, it’s large enough to hold all of your most important belongings, and it comes in 12 colorways. I’m torn between the almond and sage green shades, so they might both end up in my cart today while they’re on sale (oops).

When I first saw that this Swarovski necklace was discount, I did a double take. This glamorous crystal choker is 30 percent off for Black Friday, and if you’re looking for timeless, luxe piece of jewelry to wear to weddings and other events this year, this is your chance to score it at a marked-down price. It’s a great alternative to the coveted (and always sold out) tennis necklace style that’s risen in popularity this year, and with an adjustable strap, it’s a risk-free holiday gift. 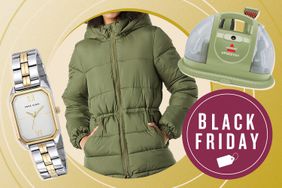 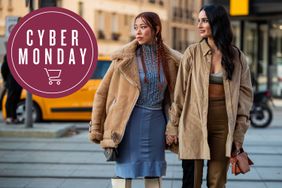 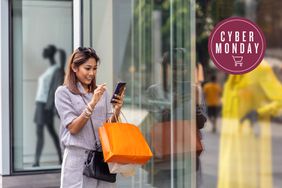 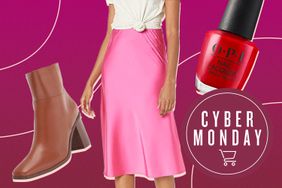 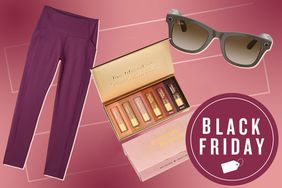 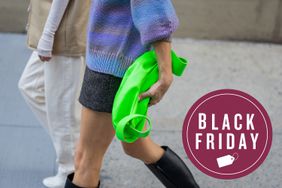