See All the Looks From the 2022 CFDA Awards

One of the best dressed red carpets of the year, naturally.

One night a year, celebrities, designers, and fashion moguls all attend the Council of Fashion Designers of America awards to honor and recognize the best of the American fashion industry. Last night, the 2022 CFDA awards took place at famous venue Cipriani South Street in New York City. The red carpet was a star-studded affair, drawing in style icons of all kinds, from the Kardashian krew to Cher and pretty much everyone between.

Many fashion figures took home awards for their work, including Catherine Holstein of Khaite who received the Womenswear Designer of the Year, as well as Kim Kardashian, Emma Grede, and Jens Grede of SKIMS, who were awarded the Amazon Innovation Award. Lenny Kravitz took home the coveted Fashion Icon Award.

All the Best Looks from the 2021 CFDA Fashion Awards

The celebrities aptly showed up in their finest for the prestigious event, whether it was head-to-toe leather, sequins, or many patterns (looking at you, Gigi Hadid), honoring their favorite designers. See all the best dressed stars from the 2022 CFDA awards, below.

In Luar and Cicada jewelry.

In Thom Browne and Eéra jewelry. 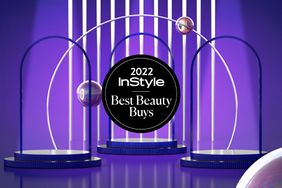